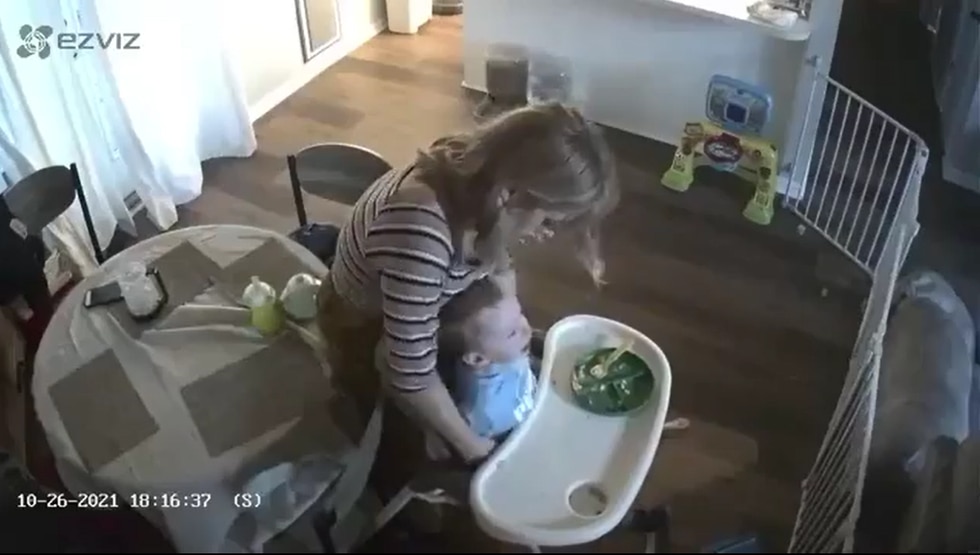 NEW BERN, NC (WITN / Gray News) – A nanny has been charged with child abuse, police say, after the toddler’s parents discovered on their nanny camera the woman appearing to be force-feeding their child.

Max and Laura Oglesby told WITN they were at work Tuesday night in Washington. They said that during a hiatus, they turned on their nanny camera to monitor their 2-year-old son Declan.

In the video, Rowe appears to put food in the child’s mouth as he screams and tries to get up from the high chair. At one point, it appears that she is holding onto the child’s right arm.

Max Oglesby said they returned home immediately and contacted his mother so she could relieve the nanny.

The parents said they later found bruises on their son and took the video to New Bern police on Wednesday. Police then charged Rowe in connection with the incident, according to the PIO.

The family also posted part of the video on Facebook, hoping to draw attention to what happened and warn others not to hire the woman.

“We are heartbroken for our son and furious that this has happened,” Max Oglesby said in the post.

Police reported Rowe was released after posting $ 2,500 guaranteed bond and her next court date is November 8.