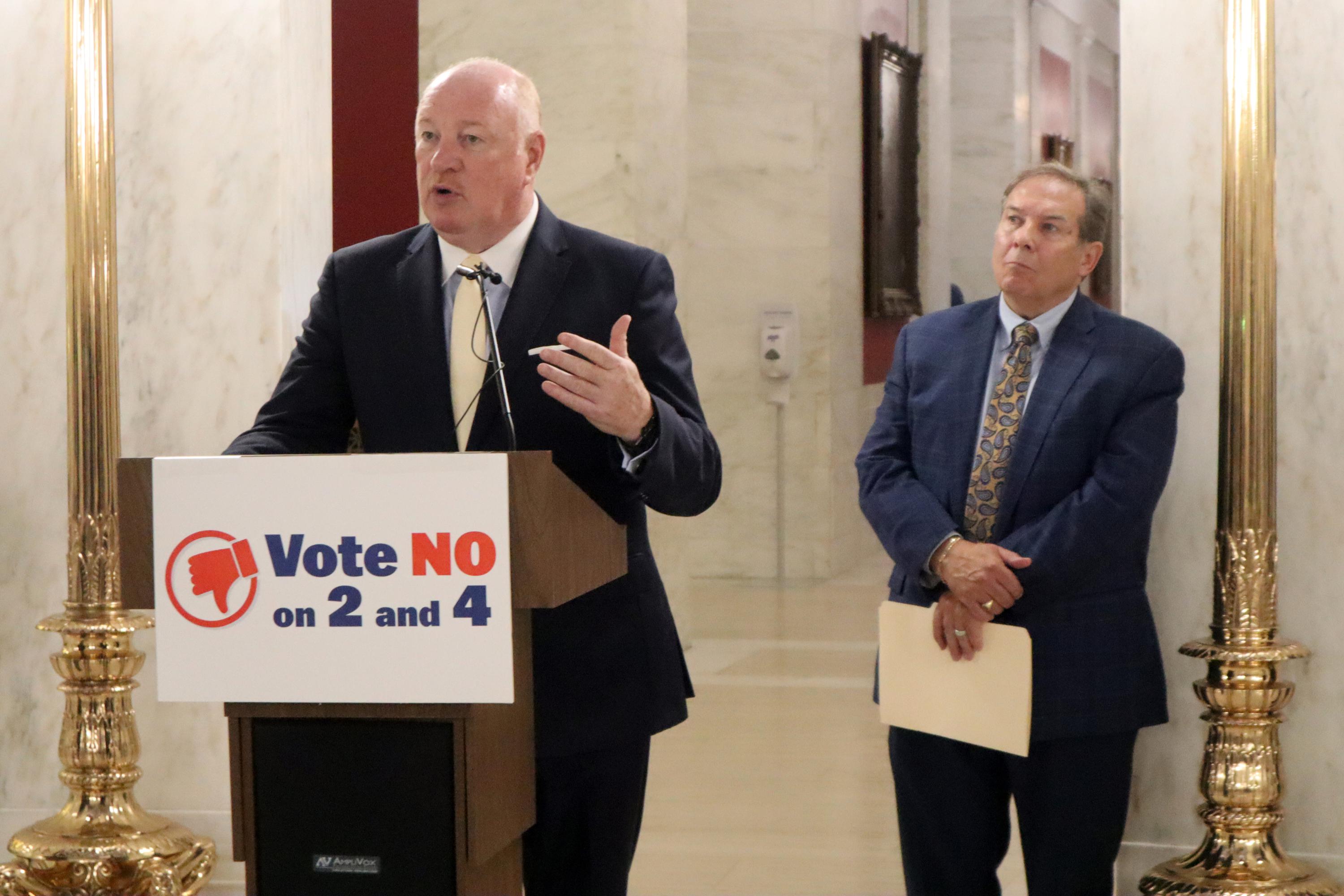 CHARLESTON, W.Va. (AP) — Voters in West Virginia will have the final say on four proposed constitutional amendmentsincluding one that would give control to the Republican-dominated legislature on virtually every aspect of public education.

Amendment 4 in Tuesday’s ballot would require the state board of education to submit new rules and regulations to the legislature for final approval each year. Currently, it is the only government agency that is exempt.

GOP lawmakers who support the amendment say the people who make decisions about things like the curriculum, student discipline and teacher training should be accountable to voters. Governor-appointed state school board members confirmed by the West Virginia Senate serve nine-year terms — the longest of any U.S. state — and cannot be easily removed.

Four years after more than 30,000 school workers went on strike in one of the country’s poorest states, triggering teacher walkouts across the country, many say they are overworked and exhausted.

The vote comes amid a raging nationwide fight over the politicization of schools. Republican leaders in West Virginia have joined politicians elsewhere in pushing to regulate how topics such as race are taught in classrooms and channel public money into alternative education options, including charter schools and voucher programs.

Just this year, the State Board of Education joined a lawsuit against top Republicans over a school choice program — one of the largest in the nation — alleging it is so draining. public school money unconstitutional. The case went to the state Supreme Court, which sided with lawmakers.

Republican Gov. Jim Justice and GOP state legislative leaders also clashed over Amendment 2, which would give state lawmakers the option to eliminate a tax on businesses and stocks as well as the tax on vehicles.

Justice, who wants to reduce — and possibly eliminate — state income tax instead, has toured the state urging voters to reject the proposal. He says passing the amendment could hurt schools, cities and counties and give businesses significant tax breaks.

Leading lawmakers say the amendment will attract economic and business development to the state.

Amendment 1 would prevent state courts from intervening in impeachment proceedings conducted by the legislature. Amendment 3 would remove a provision of the constitution that prohibits churches and religious denominations from incorporation.

Follow AP election coverage of the 2022 elections at https://apnews.com/hub/2022-midterm-elections