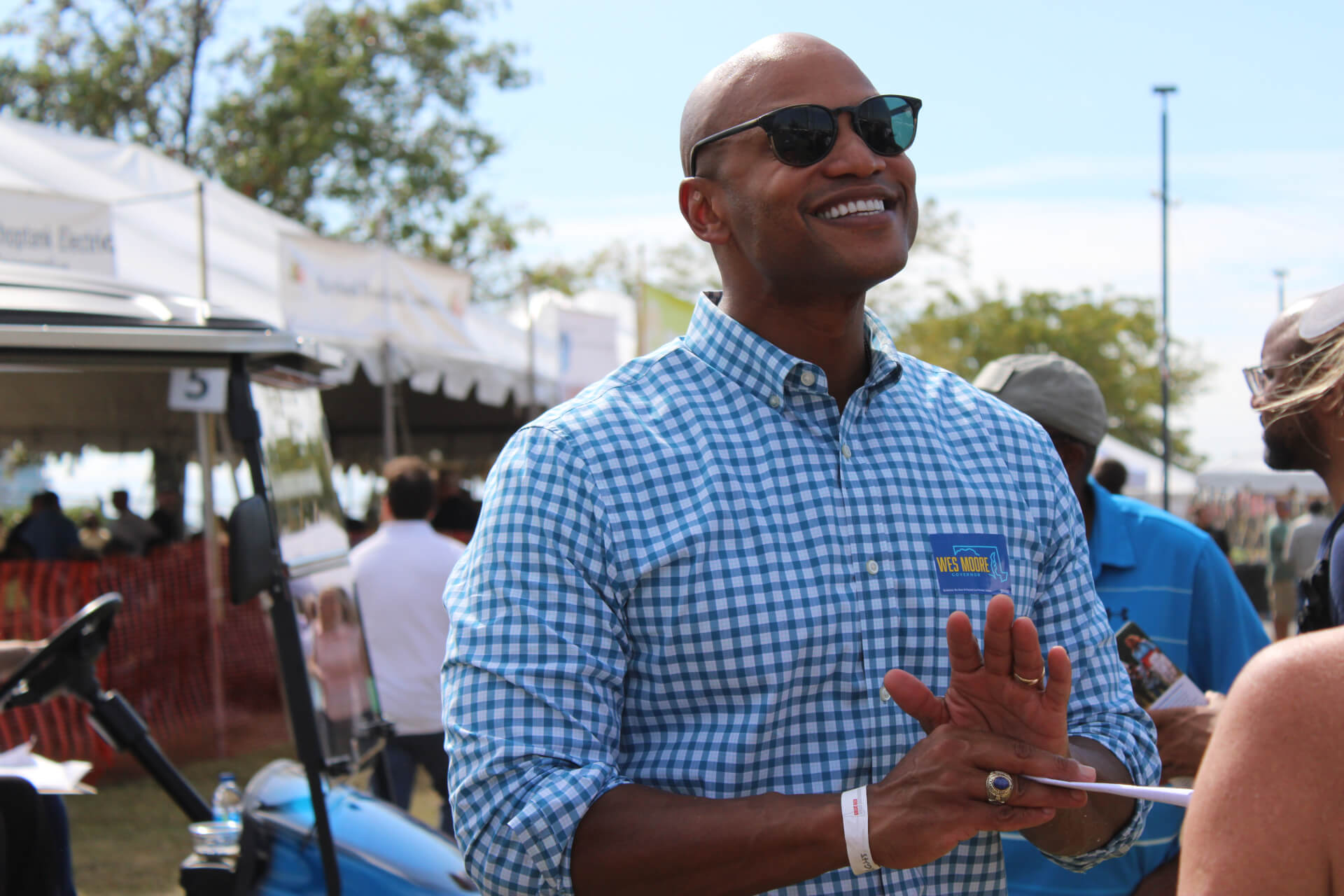 On Saturday, Democratic gubernatorial candidate Wes Moore left the Maryland State Education Association’s spring assembly with one of the most coveted endorsements in state politics.

The teachers’ union represents about 76,000 educators and school workers in Maryland and is known for its ubiquitous Apple Ballot handouts at polling places.

In the 2018 election cycle, 81% of MSEA-endorsed candidates won their primary races and 71% in the general election, the organization said.

By evening, the MSEA website already featured a large pop-up announcement with news of the approval and a link to support the teacher ballot effort.

Nine gubernatorial candidates were vying for approval, and several addressed the gathering of about 400 shop stewards at the Marriott Hotel and Conference Center in College Park.

Candidates from all parties were invited to compete for union endorsement by completing a candidate questionnaire and a one-on-one interview with MSEA President Cheryl Bost. Republican candidates were invited, but none participated in the approval process.

The Union Approval Council, a panel of approximately 100 educators from each county in the state, makes recommendations to the full union assembly for final approval, which required a 58% majority.

The MSEA Board of Approval nominated Moore “based on his personal history as a Marylander with a commitment to service and leadership that aligns with MSEA’s goals for a world-class education for every student,” the union said in a press release.

In a crowded gubernatorial primary with nine candidates qualified to receive endorsement, there was a good chance no candidate would have crossed the threshold, but Moore received the support of 85% of delegates gathered on Saturday. The result was a blow to former US Labor Secretary Tom Perez (D), who garnered support from several unions and hoped to secure the teachers’ blessing.

Lierman received 98% of the delegate votes in the comptroller primary and Brown received 96% for attorney general.

“Our students and our communities need leadership that is committed to the promise that no matter where they live, they will have the same opportunity to reach their potential,” Bost said in a statement. “Wes Moore has demonstrated his commitment to uniting the people he leads in the fight for racial and social justice and to giving educators a voice in decisions and policies that affect education.”

After the vote, Moore called the approval an “incredible milestone” in his campaign and promised that educators would have a voice in his administration if elected.

“Nothing about you without you,” he said in a statement. “You’re going to have a real partner in Annapolis.”

But the approval process has not been without controversy. Former Anne Arundel County Executive Laura Neuman said last month that she was unable to complete the lengthy MSEA endorsement questionnaire in time after her gubernatorial campaign kicked off late. . (Union leaders said they gave an extension to Neuman, who still hasn’t responded.)

And on Saturday, former Prince George County Executive Rushern L. Baker III, who is seeking the Democratic gubernatorial nomination for a second time, said his campaign was denied the opportunity to address the assembly of educators.

Baker was in Massachusetts for his brother-in-law’s funeral and wrote on Facebook that he had received assurances that his running mate, Montgomery County Council member Nancy Navarro (D), would be allowed to speak instead .

It wasn’t until Navarro was introduced on stage Saturday that she was told she wouldn’t be speaking, Baker said.

“They deserved to hear the campaign that currently poses the greatest challenge to a frontrunner that opposed the historic plan for Maryland’s future,” Baker wrote, referring to controller Peter VR Franchot (D), who has said during education reform debates that the state was too expensive, especially after the COVID-19 pandemic took hold.

John King, former US Secretary of Education tweeted after the vote, without referring to the MSEA process: “As a teacher, public school parent, and former United States Secretary of Education under President Obama, I know that TEACHERS are building a better future for all of our children. I know it’s time for Maryland to have a teacher as governor.

During the MSEA approval process, Moore, Lierman and Brown each reiterated their support for funding the Blueprint for Maryland’s Future education reform effort, which is expected to increase Maryland’s annual investment in education. billions of dollars a year over the next decade.

“The Blueprint: I will fund it, but we will implement it together,” Moore said in a statement.

Whitehouse ISD will award up to $50,000 in grant competition