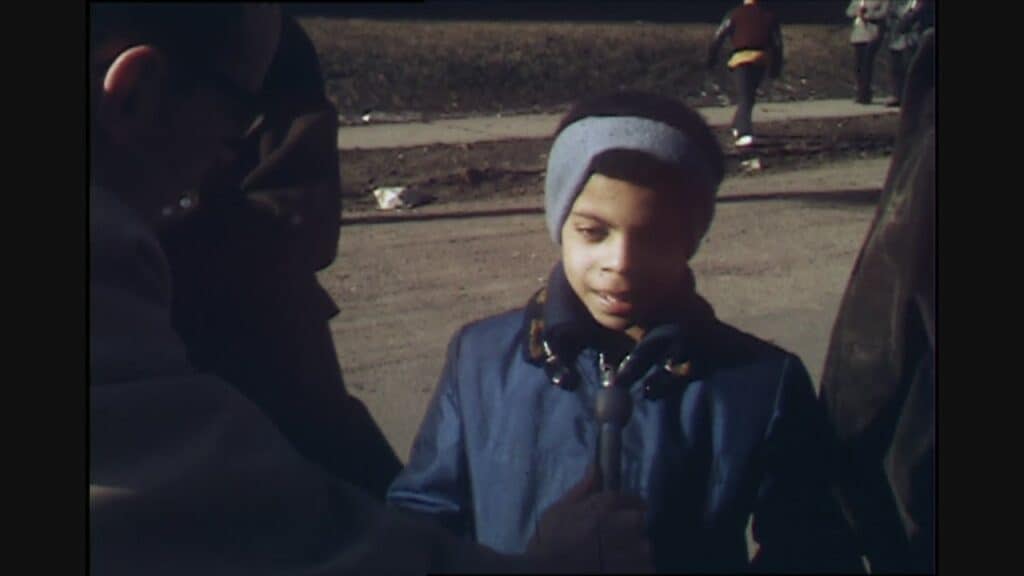 Before he was Prince, and he was funky, Prince Rogers Nelson was just another Northside kid from Minneapolis. This was in the 1970s, and video (especially with sound) was extremely rare – unless a TV crew was present.

It turns out that one such film crew, covering a 1970 Minneapolis school teacher strike, interviewed an 11-year-old who would go on to become international super-fame as perhaps the greatest musician ever. of his generation. But these images remained unknown in the archives for more than 50 years.

This also It just so happens that Matt Liddy, production manager of CBS affiliate WCCO in Minneapolis, was recently reviewing restored footage of the 52-year-old strike, looking for context to add to stories about recent labor struggles. in the same district.

Then he saw the kid.

“I immediately went to the newsroom and started showing people and saying, ‘I’m not going to tell you who I think it is, but who do you think it is? And every person [said] “Prince,” Liddy said.

Anyone familiar with Prince’s speech patterns and mannerisms will instantly know the video is authentic – but as reporters, Liddy and the WCCO team set out to corroborate what everyone instinctively knew. They tracked down other people seen in the video, as well as people who would have known Prince from that time, when he was known in the neighborhood as “Skipper”. By then, they say, he was already a musical prodigy.

Everyone said something along these lines: OMG, it’s Prince!

Young Prince Rogers Nelson only had a short showing moment, but he used it to support picketing teachers’ efforts to get more money. When asked if he supported the strike, the young prince replied: “I think they should earn a bit more money because they work…they work overtime for us and everything that.”

Whether in 2022 or 1970, the ongoing battles of teachers’ unions will forever be a sign of the times.

The startup’s model tackles the adoption of electric trucks