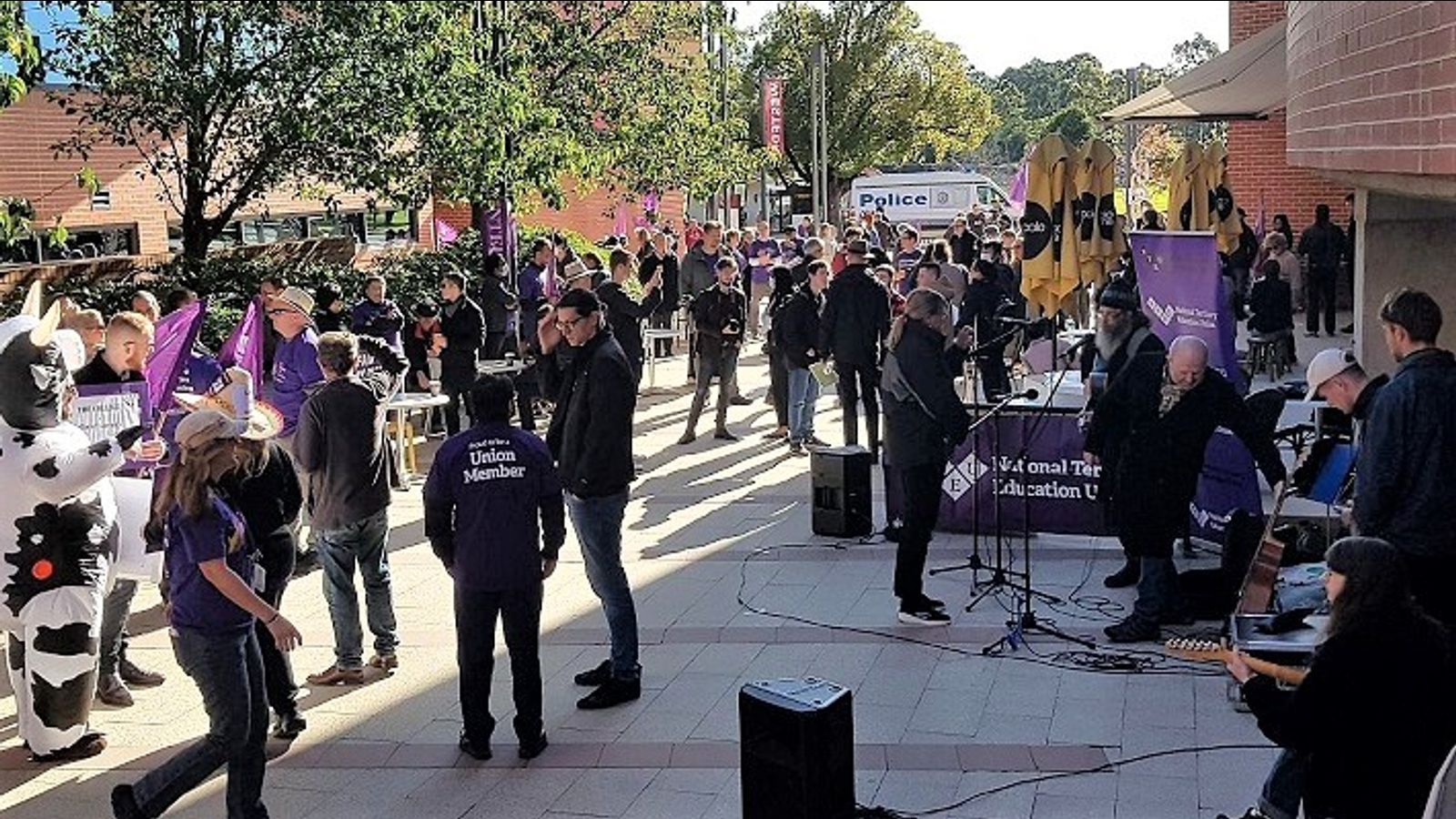 The Committee for Public Education (CFPE) is urging Western Sydney University staff to vote ‘no’ in the rushed November 28-29 electronic ballot on the company’s pay cut agreement reached with leadership by the National Tertiary Education Union (NTEU).

Less than a week after it was first published in full on November 10, the deal was only endorsed by around 80 NTEU members at a low-attendance union meeting on November 16, in the middle of grading exams.

Now, leaving staffers with little time to read and dissect the fine print of the lengthy document – ​​which is 120 pages, 66 clauses and 4 annexes – management and the NTEU have called for an instant vote.

For months since announcing a sketchy three-page “master deal” with management in August, the NTEU has bombarded its members at Western Sydney University (WSU) and nationally with e- emails falsely claiming that the agreement is a “historic VICTORY”. .”

In yet another attempt to mislead university workers and pre-empt the vote at WSU, the union’s latest mass email describes it as a “fantastic victory.” Desperate to strike similar deals elsewhere, the union is touting the deal as a wonderful model for universities across the country to emulate.

Nothing could be further from the truth, as a review of the details of the proposed three-year Enterprise Agreement (EA) shows.

In fact, it fits perfectly with the efforts of the NTEU and all the unions to push through the Albanian Labor government’s demands – set out in its October 25 budget – for at least two more years of real wage cuts, as well as education and health. tax cuts, while giving tax cuts to the wealthy and increasing military spending in preparation for their participation in the wars waged by the United States.

The NTEU hailed the budget, even as it cements a $10 billion cut in university funding over the past decade. According to budget documents, higher education spending is expected to decline by more than 9% in real terms between 2021-22 and 2024-25.

This budget was just the first installment of Labor’s plans, dictated by the money markets, to make the working class pay for the huge public debt, the global economic crisis and the runaway inflation produced by massive donations to the financial elite and big business in the current era. Pandemic of COVID-19, followed by the war launched by the United States against Russia in Ukraine.

The proposed EI would limit wage increases to an average of just 3.5% per year, well below the official inflation rate which is officially expected to hit 8% by the end of 2022. That 3.5% figure % is exactly in accordance with the requirements of the Albanian Government and employers, transmitted through the Reserve Bank.

The supposed victory in getting 150 new full-time jobs for casual teachers over three years is a sham. These jobs could be part-time, in accordance with clause 16.4 of the EA, and subject to a two-year “confirmation” period, during which appointees could be easily terminated. Even for these jobs, management would retain the right to choose which, if any, of the casuals was “appointable”, in accordance with clause 16.7.

Additionally, new appointees would be predominantly teaching-focused, for at least three years, as per clause 16.13, creating a new, overstretched teaching corps with little time for research.

This job destruction was part of the avalanche of job losses across the sector that the NTEU has helped, even after a revolt by members against its so-called “job protection framework” offer in May 2020 for help employers cut at least 18,000 jobs and impose pay cuts of up to 15 percent.

The NTEU claims that the EA would provide cutback protection via restructuring. According to the union’s talking points: “Not more than 1 proposed change affecting the work of a member of staff in 3 years.”

Even this extremely limited promise is rendered meaningless by section 46.1. It is subject to “exceptional circumstances”, including “substantial adverse changes in public funding or a major negative economic disruption”.

Rather than exceptional, such circumstances are likely as the pandemic resurfaces, the global economy plunges into recession and the Albanian government unveils more cost-cutting. Clause 45.3, whereby the university would “seek to minimize cuts to the extent possible,” is equally meaningless.

After announcing the ‘deal bosses’, NTEU branch president David Burchell and Vice-Chancellor Barney Glover told the Australian Broadcasting Corporation it was a ‘seismic shift’ in industrial relations, such as the famous “Job Protection Framework”. Burchell hailed the deal as “a similar great compromise.”

It is a warning of further attacks on jobs, wages and working conditions. This fits with the Labor government’s pro-business agenda, which includes further restructuring of universities, via a so-called Universities Deal, to satisfy the professional and research demands of the business elite and the intelligence establishment. US-aligned military.

The NTEU has welcomed the Accord’s review process, which will be led by a panel including Macquarie Bank CEO Shemara Wikramanayake, just as it embraced the pro-business ‘education revolution’ of the last Labor-backed government. by the Greens, that of Rudd and Gillard from 2007 to 2013.

As part of this ‘revolution’, Labour’s ‘demand-driven’ funding system has forced universities to compete for enrollment, mainly by offering vocational courses, while cutting funding by $3 billion. in 2012-2013. This has caused institutions to rely on underpaid and precarious casual staff – which now make up two-thirds of the workforce – and to become increasingly dependent on trafficking full-paying international students. rate.

Over the past two years, the NTEU and the other main union on campus, the Community and Public Sector Union, have also helped universities force staff and students to return to face-to-face classes prematurely, helping to create the conditions for COVID-19. to infect two-thirds of the population.

Discontent is brewing among university workers over the role of unions. That disaffection was evident at WSU’s feeder college, where there was a significant 35% vote in this month’s ballot against EA’s even more regressive NTEU deal with management. Less than half of eligible staff voted in this ballot.

University workers, along with students, must revisit these bitter political experiences.

A ‘no’ vote on electronic voting by all WSU staff would be a first step in developing a unified struggle by workers, including health care workers and teachers, against pay cuts, charges intolerable working conditions and the enterprise-focused restructuring being carried out by the Labor government. .

It means taking things out of the hands of union leaders by forming rank-and-file committees to craft demands based on the needs of workers and students, not corporate dictates. These requests would include:

This requires taking a stand against the Labor government and the ruling class, as part of the struggle to reorganize society along truly democratic and egalitarian, that is, socialist, lines.

This is the perspective put forward by the Committee for Public Instruction (CFPE), a grassroots network created by the Socialist Equality Party, as part of the global struggle to build the International Alliance of Committee Workers base. To discuss how to develop this campaign, we invite university workers and students to contact the CFPE:

Get updates and information on the fight against the dangerous reopening of schools.