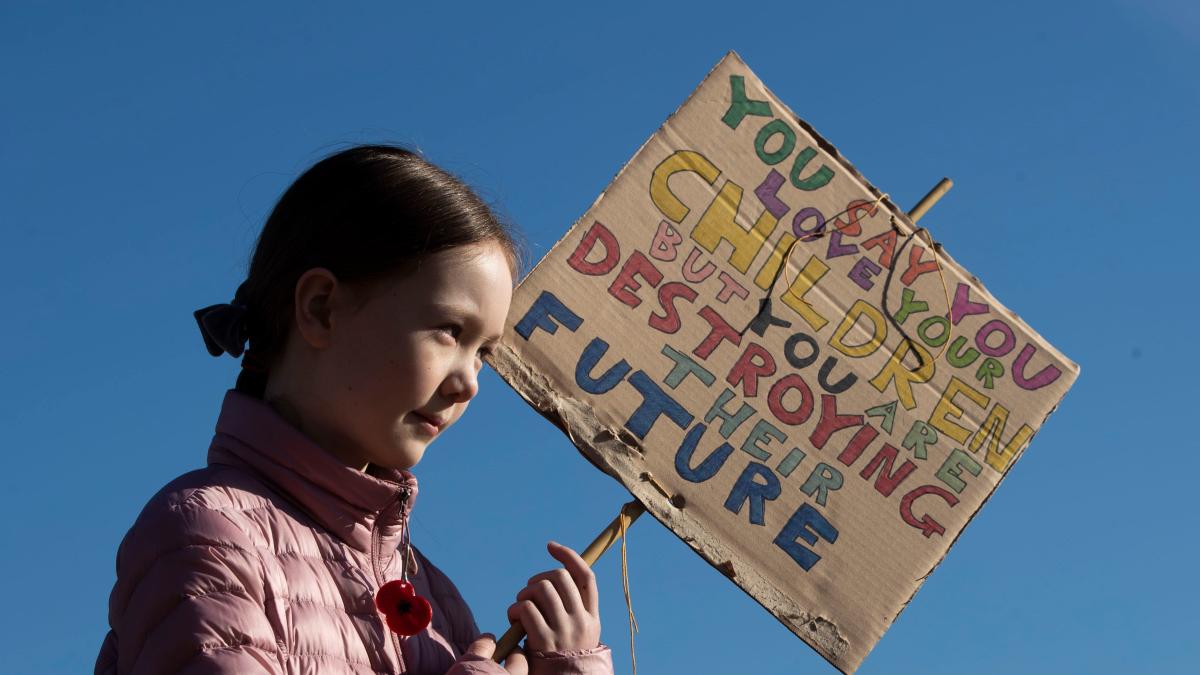 Teachers’ unions have written to Education Secretary Nadhim Zahawi raising concerns that current measures to educate pupils about climate change are “not enough”.

They add that teachers may feel “constrained” and “fearful” in their discussions with students for fear of being seen as “partisan” under the current proposals.

The Department for Education’s draft sustainability and climate change strategy was announced by Mr Zahawi during a speech at the Cop26 climate summit in Glasgow last November.

His announcement included news that young people could undertake a Climate Leaders Award to recognize their work in protecting the environment.

The draft strategy – due to be released in its final form in April – also suggests that all new schools will be built to be “net zero in operation”, while programs will be put in place to help young people “retrain and upskilling for green jobs”. ”.

And it offers a virtual National Educational Natural Park, to give young people “concrete opportunities” to improve the natural environment.

But the unions said that while the Climate Leaders Award and the National Education Nature Park were “positive initiatives”, the proposals did not go far enough to create “profound change in all aspects of our lives”.

Quoting the wording of the strategy, they said: ‘Achieving excellence’ is not enough ‘to increase teacher support, training and resources’ within the boundaries of ‘scientific, geographical and civic subjects’ .

The letter adds that the current version of the strategy could make teachers “fearful” of having candid discussions with students about climate change for fear of being perceived as “partisan”.

“We welcome the fact that teachers will not be expected to present climate change denial as a valid point of view, but we are concerned that if the current focus on the draft strategy is maintained, staff will feel compelled to s ‘engage with students on values ​​and attitudes out of fear of being seen as ‘partisan,’” the letter reads.

“We must rely on the professionalism of our teaching staff and not allow them to fear to encourage the broadest and most transparent discussion,” he adds.

In the draft proposals, the government says teaching about climate change and the “scientific facts and evidence behind it” is not a political issue, and “schools do not need to present misinformation or unsubstantiated claims to balance”.

But he added that in teaching about climate change, “there may be politically relevant issues and partisan political views, for example on social and economic reform, which should be addressed in accordance with schools’ legal obligations to climate change. ‘political impartiality’.

The unions’ letter, also signed by Unison, Students Organizing for Sustainability UK, Thoughtbox, The Edge and the University of Bath, says climate change needs to be “mainstreamed” across the whole “curriculum” and calls for “swift action to address gender disparity in STEM subjects”.

He adds that there must be a “comprehensive” policy on green travel for students, staff and parents, while the target date for making school buildings carbon neutral should be set at 2030.

A spokesperson for the Department of Education said: ‘Subjects related to climate change are already in the curriculum of primary and secondary schools. In addition, by 2023, all teachers of all phases and subjects will have access to high-quality teaching resources, so they can confidently choose those that will support the teaching of sustainability and climate change.

“It also goes beyond the classroom – children and young people will gain hands-on experience in understanding, nurturing and protecting the biodiversity around them through our new National Education Park and Climate Awards. Leaders Award.”