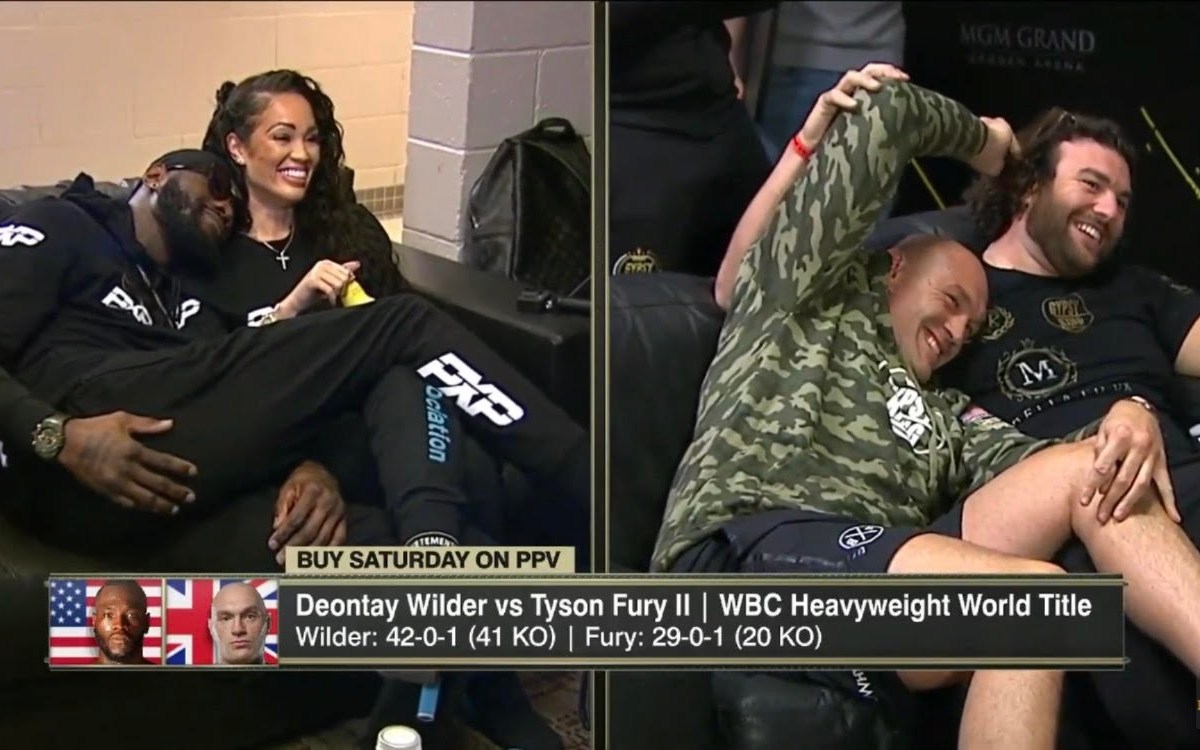 Tyson Fury had a genius moment as he and Deontay Wilder appeared on live backstage cameras ahead of the weigh-in for their rematch.

The heavyweights were both watching each other on the stream in the locker room before stepping out to touch the scales.

Fury realized this and so began to wave and send kisses to Wilder, who was warm with his fiancée Telli Swift.

Deontay responded by scratching his face without subtlety with his middle finger.

When cameras again showed the couple, the “Gypsy King” hilariously mimicked Wilder and Swift as he moved closer to his brother Shane on the couch.

As for the weigh-in itself, the challenger stepped on the scale first and came in at 273 pounds (19th 7 pounds).

The difference in weight told in the fight too.

Fury bullied Wilder from start to finish, bringing him down and imposing his height.

The “Gypsy King” scored a knockdown in the third round, followed by another in the fifth round.

Now, 20 months later, the couple are set to meet in a trilogy fight on Saturday night.

talkSPORT will have an exclusive live radio commentary from Tyson Fury vs. Deontay Wilder 3 from Las Vegas on October 9.