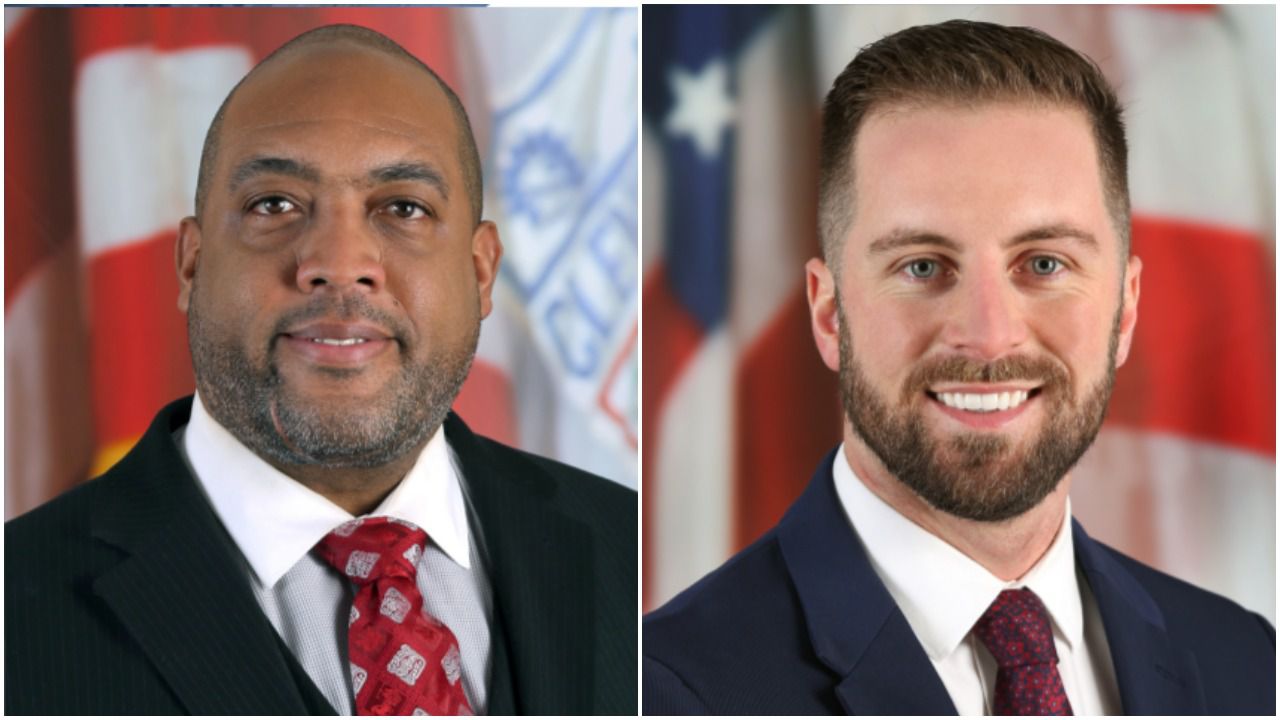 CLEVELAND, Ohio – Two candidates vying to be the next Cleveland City Council president are playing a financial role in neighborhood races across the city this year.

Both candidates confirmed their intention to run for the chairmanship of the board in recent talks with The Plain Dealer and cleveland.com. They are Ward 6 Councilor Blaine Griffin, who is rumored to be the likely successor to outgoing Council President Kevin Kelley, and Ward 3 Councilor Kerry McCormack, who is running for president. first time.

Griffin and McCormack each have large war coffers in their respective campaign accounts, and they distribute some of that wealth among fellow council members, who are all running for re-election in the Nov. 2 general election. Griffin has donated exclusively to incumbents on the board, while McCormack supports a mix of incumbents and newcomers.

Griffin faces his own challenger in the general election and two opponents are vying for McCormack’s seat in Tuesday’s primary. But there’s a good chance everyone will keep their posts, allowing them to compete for the council chair after the November elections are over.

Griffin and McCormack said cleveland.com may their donations show their support for those they see as good public servants.

Tom Sutton, professor of political science at Baldwin-Wallace University, said such donations are common at all levels of politics, including applications for leadership positions. These donors are usually senior members with more weight and larger campaign funds, seeking to form alliances.

They may view the transaction as “Okay, at a minimum, I ask you to vote for me as president of city council if I make this donation,” Sutton said.

But Sutton also warned that such an expectation is “not really a quid pro quo,” as the beneficiary can ultimately choose whoever they want as chairman of the board.

Griffin said his contributions are intended to help build a unified legislative body to address Cleveland’s big challenges, like poverty.

“I can’t stress this enough: my biggest goal is really to try to keep our Council united,” Griffin said. “I’m trying to become the chairman of the board, and that’s why I focus on helping these candidates. I have done everything since [making donations], offer to walk with them and make phone calls, because I want a good team on the ground to help me govern well.

On August 19, Griffin said he made a donation to 10 of his 13 colleagues who were running for a new term. At this point, those who had not received any donations were McCormack, Anthony Hairston from Ward 10, and Jenny Spencer from Ward 15.

Griffin said he initially did not contribute to some members because they had yet to host fundraising events or “had a chance to connect.” And he refused to give to Spencer, in part because she had expressed that other campaigns might need it more than his. (Spencer confirmed an account similar to cleveland.com.)

The next day Griffin reported to cleveland.com that he had since given to the other three.

All members received $ 500 or $ 1,000, including those who did not face opponents in this year’s election, he said.

Explaining his reasoning for donations, Griffin praised the current board members as “a good bunch of people who can govern effectively.” He noted that he had not supported anyone coming forward against an incumbent.

As of January, Griffin had about $ 93,000 in his campaign account, according to his most recent file.

As president, Griffin said he would aim to foster a city-wide approach to big issues, rather than a neighborhood-by-neighborhood approach.

Among the problems he hopes to address include preventing housing discrimination based on a person’s income source, examining more closely the use of tax increase funding, and finding ways to innovative solutions to the city’s blocked recycling program. He said he would also try to create an education-focused council committee, upgrade technology at city hall and push for more regional collaboration.

“I’m ready to make room at the table for some of the veteran voices that we have, and for some of the new voices,” Griffin said. “I am the person who can bring this city together by bringing this council together. We will serve with one independent voice that is as powerful – if not more powerful – than any other [other] branch of city government.

McCormack said his donations are not directly related to his running for president.

“Frankly, it’s not political – it’s that these are great people on the board, and I want to see them come back because I saw what they did,” McCormack said.

McCormack’s donations to current members have been more limited than Griffin’s. According to his latest unaudited campaign fundraising report, McCormack donated to Joe Jones of Ward 1, Jasmine Santana of Ward 14, Brian Kazy of Ward 16, and Charles Slife of Ward 17. Kazy faces no opposition on the this year’s poll, while the others do. Donations range from $ 250 to $ 3,000.

Notably, McCormack also awarded $ 250 each to two non-board candidates. One is Kate Warren, who is running against Kris Harsh for Kelley’s soon vacant seat in Ward 13. The second is Richard Starr, who has won Democratic Party approval in his attempt to oust the ward councilor from the ward. 5, Delores Gray, from his seat.

The Council has historically tended to be an island body, where incumbents generally support their incumbent colleagues – so McCormack’s contributions to non-Council members are a remarkable move.

When asked why he broke with this traditional mindset, McCormack said cleveland.com that he sees Warren as “a really exciting young progressive candidate” and that the board needs more female representatives. And he sees Starr as a “hard working young guy” who “has been brought into the community, working directly with families and children.”

McCormack had up to $ 40,000 in his campaign account during the last few months of the summer, with about $ 25,000 on hand in early September, according to his latest unaudited report.

While McCormack drew a line between his giving and running for president, he acknowledged that he would need like-minded colleagues on the board if the organization is to implement the “holistic” reforms he would support. as chairman of the board.

“The council should be a fully functioning and equal branch of government that directs community matters, holds city administration accountable and supports its members. And unfortunately, many of us over the years have said that leadership has not reached that mark, ”he said.

McCormack said he wanted the council to strengthen its oversight role, provide more information about the city’s budget and “do a better job of making policy.” He said initiatives such as reforming the West Side market, adding public commentary to council meetings and its comprehensive, green ordinance on the streets have not received sufficient support from council leaders. , despite their popularity among members.

“It’s not just about a new figurehead,” McCormack said. “It’s about how we structure Council staff, how we support members, how we make sure that we actually move policy forward to make the city a better place to live and how we [establish] a robust surveillance system that is ready to go when the new mayor takes office. “