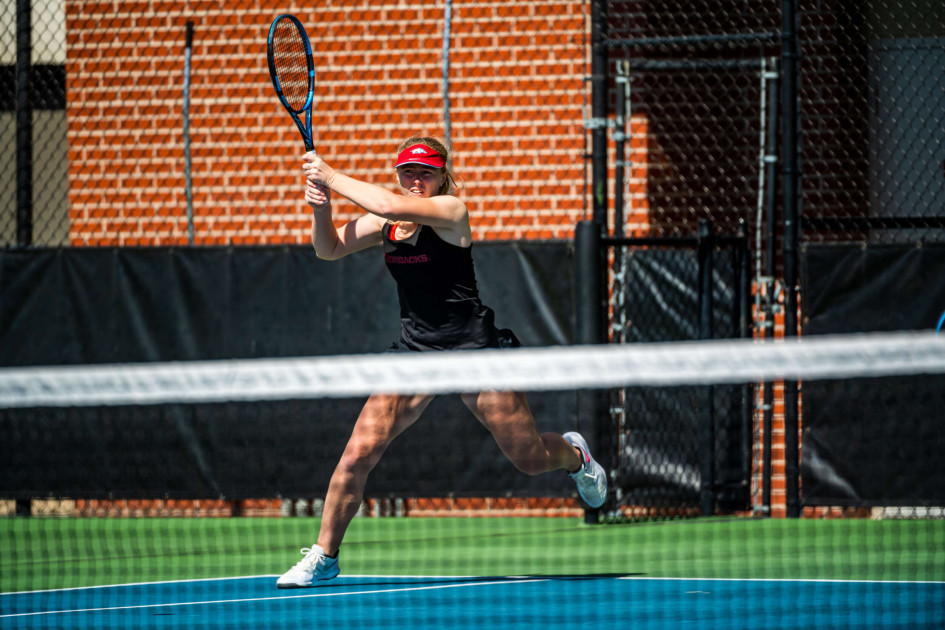 After winning their first-round qualifying matches, juniors Kelly Keller and Indianna Spink needed one more win to qualify for the main draw. Spink lost her first set 2-6, but came back to win the second set 7-6 and won the third set tiebreaker 10-6 over Texas Tech’s Cristina Elena Tiglea.

It was a battle for the Razorbacks in the next game with junior Kelly Keller facing rookie Yuhan Liu. Keller took the lead early in the first set 6-2, but Liu gave it a hard blow in the second with Keller coming out on top in the tiebreaker, 7-5.

The tournament continues tomorrow with Carolina Gomez-Alonso in the opener of the day, taking on Texas Tech’s Olivia Peet at 10 a.m. CT.

All results and draws are available on the tournament homepage.

I’ve paid off student loans, but I support help for those who can’t