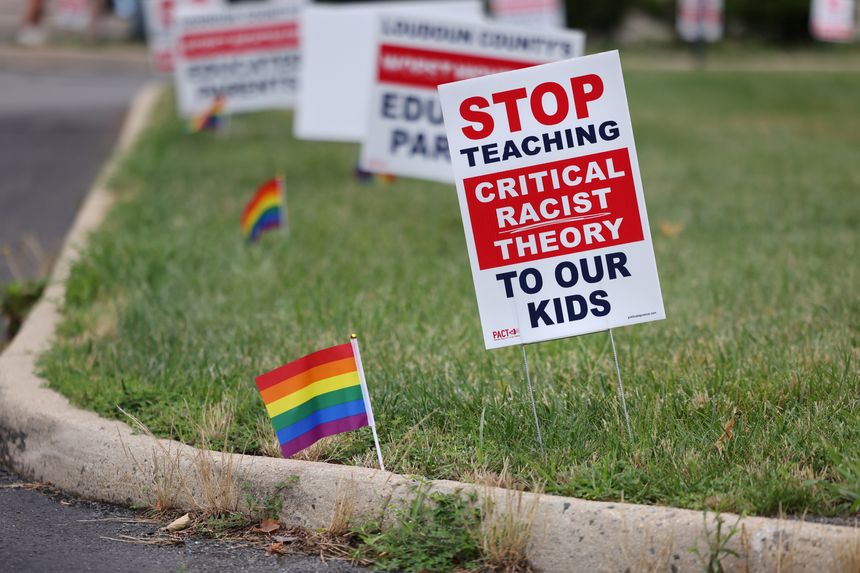 the the Wall Street newspaper (7/7/21) tackles critical race theory, which she describes as “a neo-Marxist ideology that … teaches that a person is defined primarily by race, gender and orientation sexual “.

the the Wall Street newspaper the editorial board (7/7/21) recently condemned teachers’ support for anti-racist curriculum and professional development. In an article titled “The Teachers Unions Go Woke” – because the right wing likes to use the term pejoratively – the council wrote:

Believe it or not, union leaders say Parents who oppose all of this are motivated by hatred and attack freedom of speech….

But no one objects to teaching America’s difficult racial history, including the evils of slavery and Jim Crow. What parents wake up to is their children being told the lie that America has made little or no racial progress and therefore its legal, economic and political systems must be turned upside down.

Although this is not surprising coming from the notoriously right-wing Newspaper board, it’s worth unwrapping as a window into the heart of the right-wing’s anti-“critical race theory” campaign – what it is trying to do and how.

Opponents of the teaching of history

First, and crucially, the newspaper’s claim that “no one opposes teaching America’s difficult racial history” is an outright lie, one that is necessary to sustain the argument.

As much as the right wing complains that CRT supposedly calls people racists, CRT’s point is explicitly the opposite. The CRT diverts attention from individual racist actions, instead highlighting how the history of racism in this country is anchored in current institutions. The leaders of the right-wing movement know this truth and are terrified of it. The evidence is clear as day in their messages.

Take Texas. The State Senate has just passed a bill (SB3) which prohibits teaching that

as far as their relationship to American values ​​is concerned, slavery and racism are quite another thing than deviations, betrayals, or breaches of the genuine founding principles of the United States, which include freedom and equality. 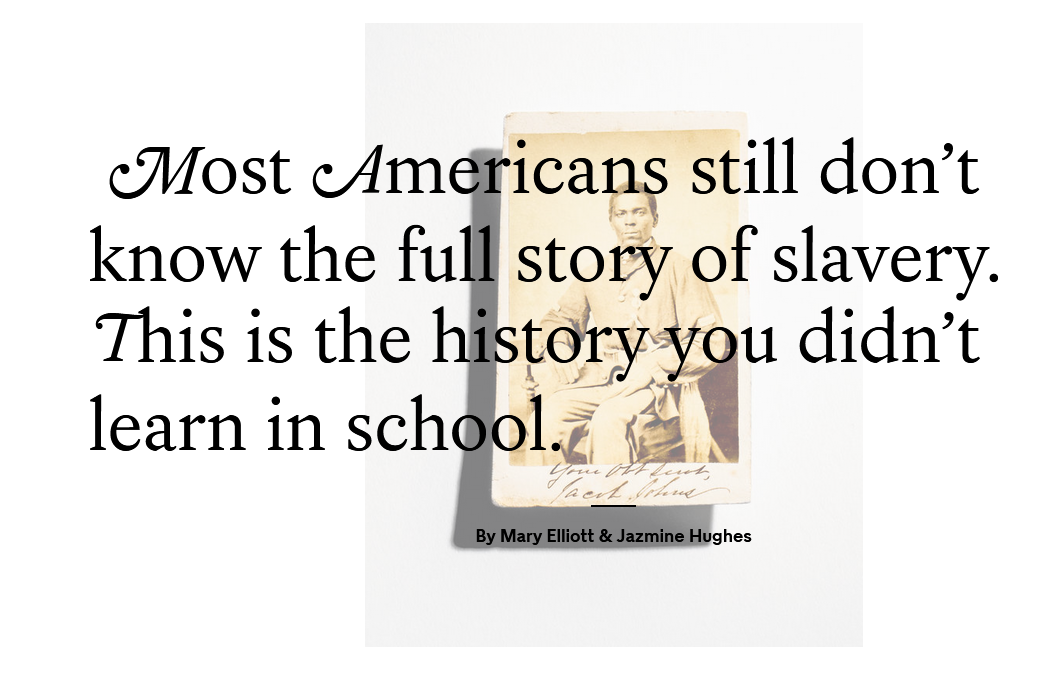 It’s the 21st century, so instead of banning a book, Texas bans a multimedia web project (New York Times Magazine, 08/19/19).

Texas had passed a bill a month earlier (HB 3979) banning the teaching of critical theory of race and New York Times Magazine‘s 1619 Project, which comes with a curriculum and “aims to reframe the country’s history by placing the consequences of slavery and the contributions of black Americans at the very center of our national narrative.”

Texas Democrats were successful in amending this bill to require that a number of historical texts and “historical documents relating to the civic achievements of marginalized populations” be taught in the state’s social studies curriculum. SB3 would remove the vast majority, including:

To top it off, Texas Lt. Gov. Dan Patrick, who is also a member of the board that oversees the State History Museum, successfully lobbied the museum to cancel an event. devoted to the book intended to speak about the role of racism and slavery in the battle. of the Alamo (Texas Tribune, 7/2/21). 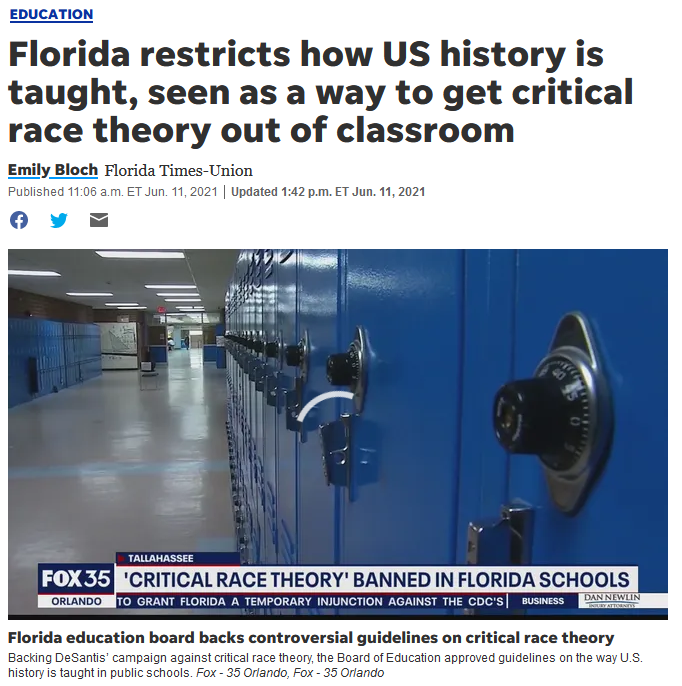 Under Florida’s new rules, teachers “cannot define American history as anything other than the creation of a new nation based largely on the universal principles set out in the Declaration of Independence” (United States today, 06/11/21).

Texas, of course, is not alone. In Florida, which also banned the teaching of Project 1619, teachers “cannot define American history as anything other than the creation of a new nation based largely on the universal principles set forth in the Declaration of independence ” (United States today, 06/11/21).

Twenty-seven states at this point have introduced restrictions on what can be taught in schools regarding race. Most use identical language (roughly removed from Trump’s executive order banning federal agencies, entrepreneurs, and grant recipients from conducting diversity training) that prohibits schools from teaching a list of “divisive concepts” :

These further specify that “stereotyping of race or gender” means attributing, among other things, “privileges, status or beliefs to a race or a sex”. (Do you think white people or men have privileges in our society? Sorry, this idea is “divisive” and therefore prohibited.)

A threat to critical understanding 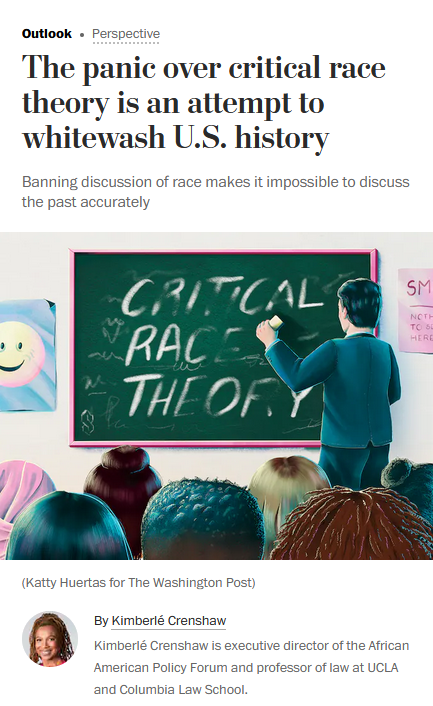 Kimberle Crenshaw (Washington post, 7/2/21): “Racism ended in the past, depending on the backlash that is developing, and we would all be better off if we didn’t try to connect it to the present. “

As the main critical proponent of race theory, Kimberlé Crenshaw (Washington post, 7/2/21) underlines, whereas such a language does not technically prohibit teaching historical racism, it

is even more insidious: it explicitly aims to sanction certain feelings within the framework of a fallacious repression of racial division. By closing off the space to explore the impact of America’s racist history by citing “division” – a subjective condition that results in any student (or parent) reporting resentment or guilt – laws directly threaten any teacher who pursues a sustained critical understanding of the root causes, legacies or contemporary implications of racism in fomenting uncivil discord.

Unlike the the Wall Street newspaperspurious protests of, the whole purpose of the current reaction campaign is precisely to stop the recent movement towards teaching the “difficult” racial history of the United States, for understanding the structural racism of the past reveals and gives a context to its persistence.

A whitewashed story that erases the roots of structural racism is the backbone of the right-wing’s argument that America cannot be a racist or sexist country today. It follows that any inequalities that exist must be based on individual behavior, and racial (and gender) justice movements – against, say, police violence or attacks on voting rights – are wrong.

If they can’t teach structural racism, then the past and present of racial and gender inequalities can only be attributed to a few bad apples.

The myth of “racial progress”

Which brings us to the second stage of the argument, as presented by the Newspaper:

What parents wake up to is their children being told the lie that America has made little or no racial progress and therefore its legal, economic and political systems must be turned upside down.

There is no attempt at obfuscation here: They absolutely don’t want anyone talking about the fact that systemic racism continues to this day, and therefore needs to be dealt with institutionally – which is exactly what the BLM protests are about. last summer made the country talk. 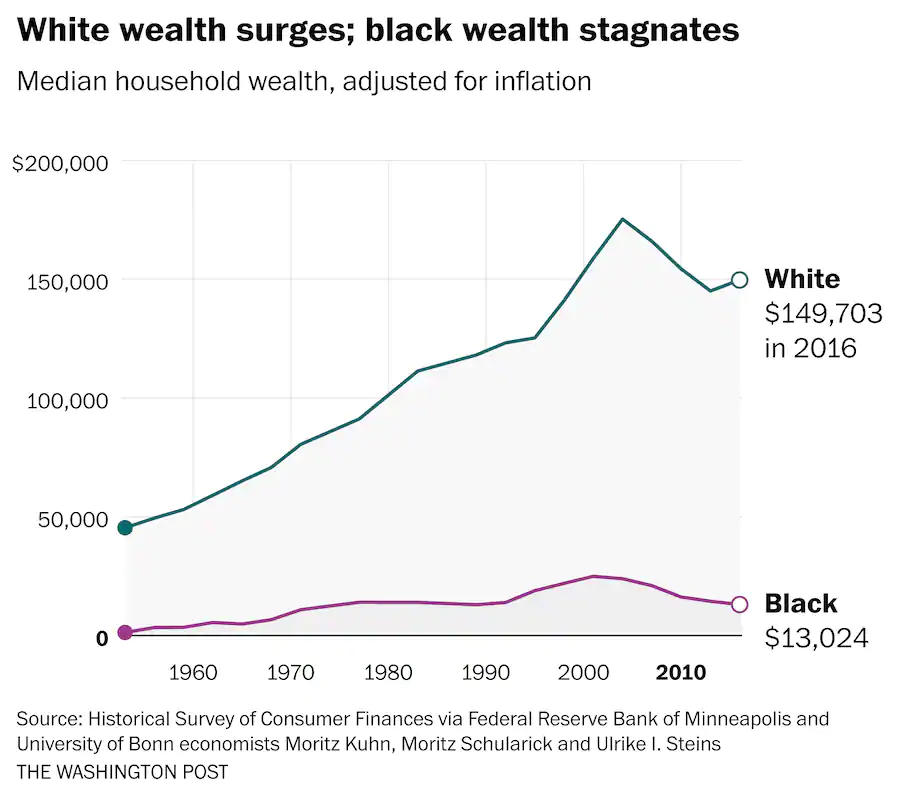 They don’t want anyone to talk about the fact that black men are two and a half times more likely than white men to be killed by the police (PNAS, 08/20/19), but that black men killed are twice as likely to be disarmed (Nature, 05/26/2012).

They don’t want anyone talking about the fact that the current life expectancy of a black American is 73, compared to 78 for white Americans, with Covid only widening the gap (PNAS, 2/21/21). This gap has not narrowed appreciably since the Jim Crow era.

They don’t want anyone talking about the fact that black people are not insured at nearly twice the rate of whites (Center for American Progress, 5/7/20), and that black and native patients continue to receive care. poorer health than white patients (New England Journal of Medicine, 02/25/21).

They don’t want anyone talking about how race and ethnicity are better predictors of pollution exposure than poverty (Atlantic, 02/28/18).

They don’t want anyone talking about the fact that the median black family has less than an eighth of the net wealth of the median white family, and that number has barely changed in 30 years.

After having started by warning against “progressive political indoctrination”, the Newspaper concluded: “Parents have the right, indeed the duty, to fight this invasion of progressive politics in their schools. “

By “fight[ing] back ”against an“ invasion of progressive politics ”, the Newspaper means cleaning up the classroom of any serious discussion of racism, whether in the past or the present.

ACTION ALERT: You can send a message to the Wall Street newspaper at [email protected] (or via Twitter: @WSJopinion) Remember that respectful communication is the most effective. Please feel free to leave a copy of your communication in the comments thread.

FAIR’s work is supported by our generous contributors, who allow us to remain independent. Donate today to be a part of this important mission.