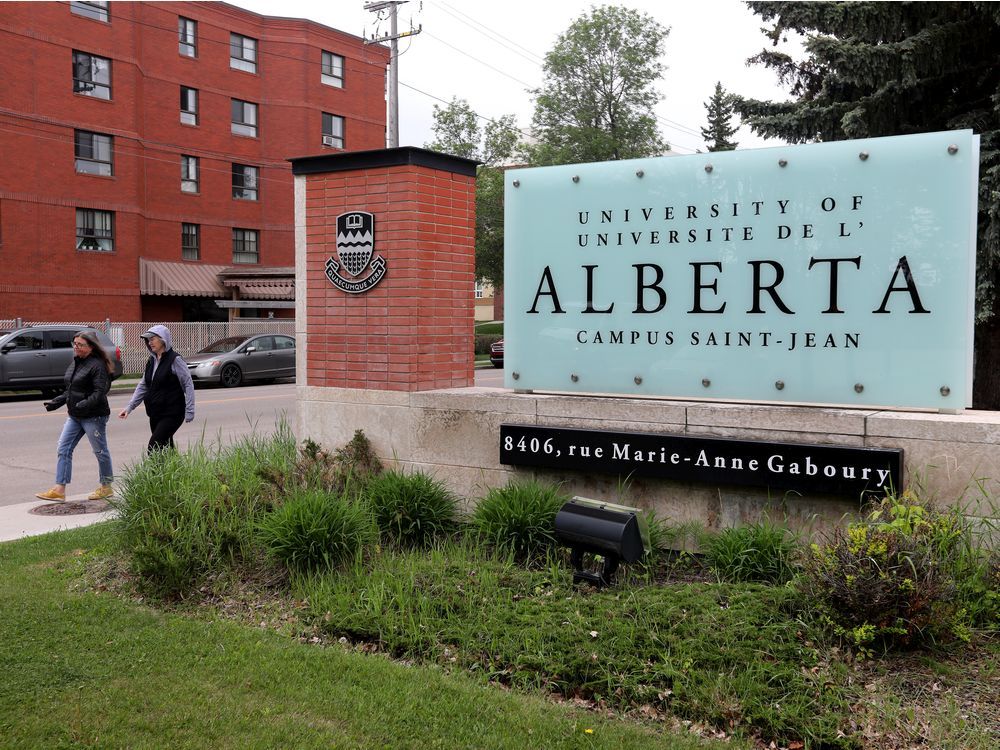 The Federal Government, Alberta and the U of A agree to short-term funding of $13.3 million for Campus Saint-Jean

The Campus Saint-Jean of the University of Alberta finally has an answer to its funding question. Ottawa, the province and the university itself will provide $13.3 million over the next three years, with the federal government taking the lion’s share.

Along with a $2.5 million contribution from the Government of Alberta and $500,000 from the university, the funding will help Campus Saint-Jean add French courses and programs, hire more teachers and improve infrastructure such as Wi-Fi internet connectivity, science lab equipment and digital classrooms. .

Campus dean Pierre-Yves Mocquais said the support will strengthen the programs, services and visibility of the French-speaking institution, which he added is the result of a partnership between the three donors. of funds.

“All relationships go through trials and difficulties,” he said, “but also through periods of harmony and unity.”

In April 2021, the federal government allocated $121.3 million over three years to post-secondary institutions teaching French in communities where it is a minority language. However, it also stipulated that any grant would require matching funds from the corresponding provincial governments.

At the time, Alberta Higher Education Minister Demetrios Nicolaides said the province provides funding to the University of Alberta, which it entrusts “to make appropriate decisions with its resources.” “. Earlier that year, the province’s budget cut funding for the university by $60 million.

While education falls under provincial jurisdiction, students at Campus Saint-Jean asked for help from the federal government after budget cuts led to the loss of 20% of the Francophone establishment’s programming, forcing some students to take courses in English to complete their degrees.

The following August, Ottawa adjusted the ratio and, without giving a specific amount, offered to pay 95% of the additional funding for Campus Saint-Jean in the first year, 75% in the second year and 50% in the third as long as the province put. That month, Nicolaides’ office said the government would review the funding scheme.

Joining the announcement on Friday, Nicolaides maintained that direct funding for Campus Saint-Jean, the only French-language university program west of Manitoba, was an “exception” to the rule.

The campus student union, however, has previously noted that a short-term injection of funds does not solve chronic underfunding.

Nicolaides did not say what would happen to campus funding after the three-year period, but said the province was happy to revisit the program in two or three years and reevaluate it.

“I imagine my counterpart – the person who would come after me – would be able to make a decision on how best to proceed in the future,” he said.

Work on the Campus Saint-Jean file will not end with Friday’s announcement, added Boissonnault.

“If Albertans are going to represent us in the halls of power and we have a bilingual country – which is not changing – then this place needs to thrive and survive and be here 100 years from now,” he said. “That’s the kind of collective work we will do together.”

— With files from Postmedia

Sign up to receive daily headlines from the Edmonton Journal, a division of Postmedia Network Inc.

Thank you for your registration!

A welcome email is on its way. If you don’t see it, please check your spam folder.

The next issue of Edmonton Journal Headline News will soon be in your inbox.

We encountered a problem during your registration. Try Again