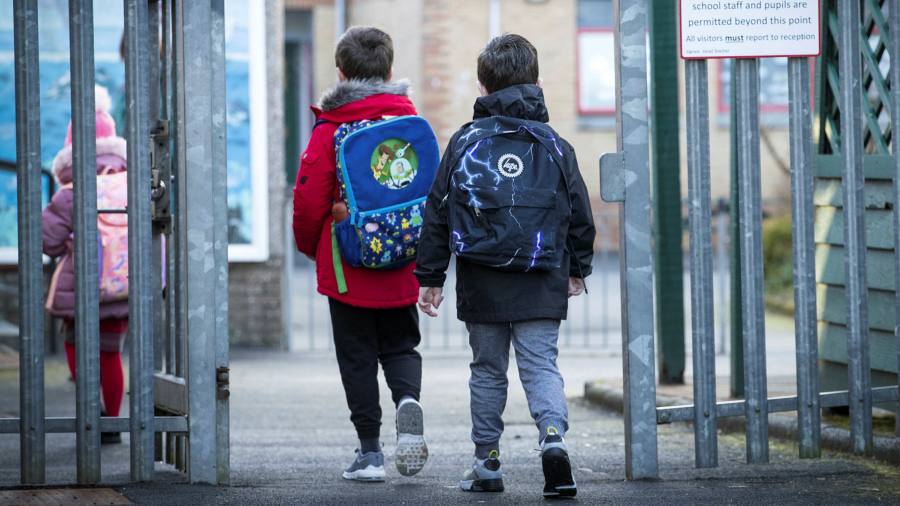 Schools across England have warned they will be forced to cut spending on building projects, maintenance and even teaching staff as energy costs continue to climb.

An analysis by the Library of the House of Commons estimated that school energy bills rose by 83% in the first three months of this year compared to 2020-21.

The new concerns come as teachers’ unions threaten to strike over a long-running pay dispute and after inflation hit 9.1% in May due to rising food prices and fuel.

The results of a separate survey conducted by the National Association of Principals in April showed that a third of principals expected a budget shortfall as a direct result of rising energy costs, which could lead to cuts in teaching, maintenance and equipment budgets.

Rachael Warwick, executive director of Ridgeway Education Trust, a partnership of four schools in Oxfordshire, said her decision to sign a 24-month energy contract would increase gas costs by 257% and electricity costs by 185% .

“This creates an extra unbudgeted expenditure of £1m over the next three years which will see us, for the first time ever, back into deficits during the year,” she said.

Rising bills mean schools have already been forced to scale back building projects to save money as financial reserves are eroded to a “dangerously low level”, Warwick added.

“If the situation continues in the medium term, we will inevitably have to look at the personnel structure with a potential impact on the quality of education offered to our young people,” she said.

Des MacPhee, commercial director of Norton College in Yorkshire, said that based on recent bills gas costs had risen by more than 400% in the past year, adding that further increases would leave the college in struggling to repair its ruined buildings.

“We had conversations about the layoffs, about the kids who were in the classrooms with their coats. We don’t think that’s acceptable, but if it continues, it’s realistic,” he said.

The House of Commons analysis, using data from the Department for Business, Energy and Industrial Strategy, was based on weighted gas and electricity consumption. It showed prices for small and medium-sized businesses, with energy needs roughly similar to those of schools.

Shadow Labor Minister for Schools Stephen Morgan, who commissioned the research, said the government’s “failure to get a handle on” soaring energy prices “leaves schools struggling to keep the lights on”.

“School budgets are already stretched to breaking point,” he said. “Ministers must set out their plans to support schools and ensure that rising costs do not lead to further disruption.”

Along with rising energy bills, the education sector faces the prospect of a strike after teachers’ unions called on the government for an 11.7% pay rise.

The Department for Education said the cost increases should be “seen in the context” of a £4billion increase in school funding, which equates to 7% per pupil in cash terms.

“This will help schools deal with broader cost pressures, including energy prices,” the department said. “We know schools are facing cost pressures, particularly rising energy bills, and we are considering what additional support we can provide to schools to reduce these.”

Bulldogs excel in the classroom

North Carolina’s new budget should be much better