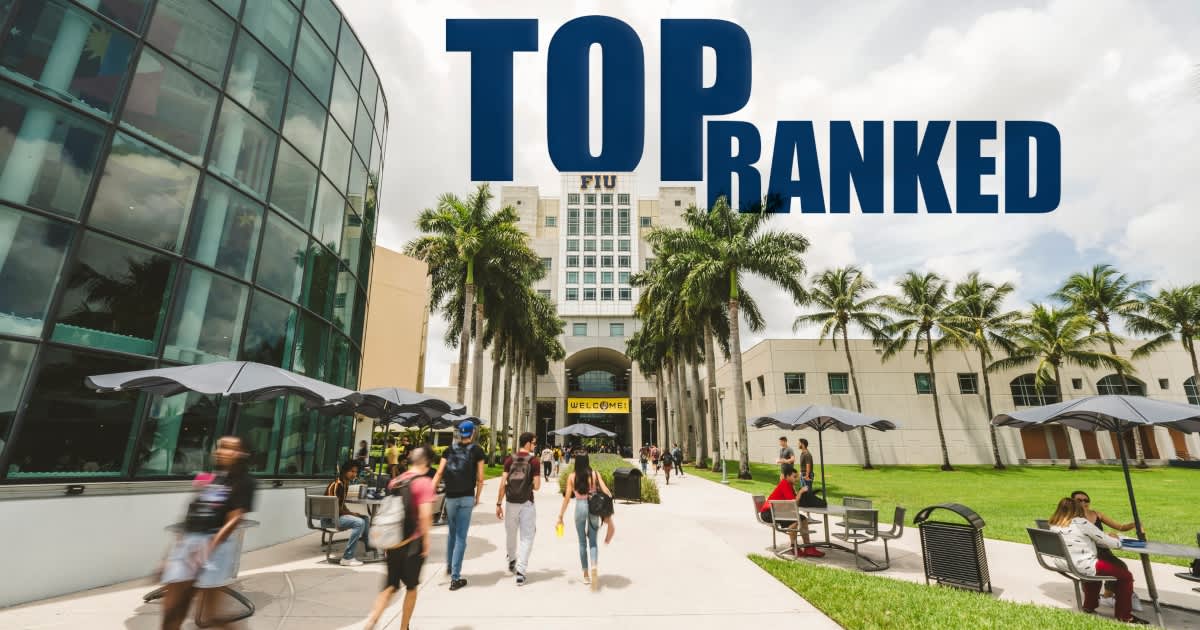 The news comes shortly after a different ranking named FIU top 25 nationally for economic return on graduates’ investment in a college degree.

The analysis, conducted by Degree Choices and first published in Forbes magazine, focuses on what they call the ‘payback number’ – the number of years it takes a student to pay back their investment. education with new income. The study authors found that it takes 13 months for FIU graduates to “pay back” what they paid for their education. Reimbursement is calculated by dividing the amount a student pays out of pocket to attend a given institution by the average salary increase they receive.

The same survey found that CRF graduates earn nearly $10,000 more on average than their in-state peers.

“Their methodology confirms what we knew, that a CRF degree retains its value,” said CRF Acting President Kenneth A. Jessell.

“We know that most of our approximately 300,000 graduates stay in Florida after graduation,” Jessell said. “As evidenced by these rankings, FIU is able to provide our students with an exceptional education at a very affordable price. This means that the majority of our students graduate with little to no debt and can therefore spark new industries, businesses, and economic development across the state at a faster rate than graduates from other universities.

Both rankings are good news for FIU’s 56,000 students, who make up one of the largest student populations in the country. The largest producer of minority degrees in the nation, FIU ranks in the top 3% of the nation’s 4,300 colleges and universities in research output with $250 million in research expenditures annually.

“We offer a top-notch education and a highly respected degree at a remarkable value, delivering on the promise of higher education,” said Elizabeth M. Béjar, Acting Executive Vice President and Chief Operating Officer. “Looking to the future with the same passion, commitment and foresight as our university founders, we have become one of the most innovative public universities in the country and a leader in higher education in the 21st century.”