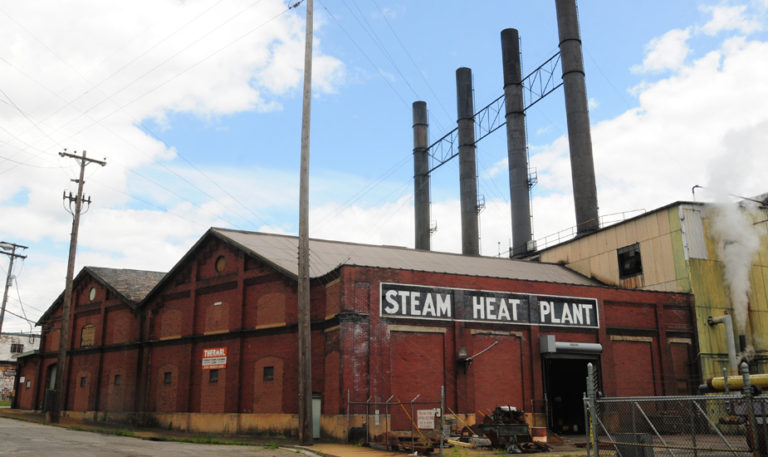 YOUNGSTOWN, Ohio – The long-awaited sale of Youngstown Thermal LLC and a related entity may close soon.

The Ohio Utilities Commission will consider today whether to approve an agreement to sell the assets of Youngstown Thermal and Youngstown Thermal Cooling LLC to SOBE Thermal Energy Systems LLC, according to documents filed with the agency regulatory.

A joint application filed in January shows that the parties are asking PUCO for permission to transfer Youngstown Thermal’s assets and customers to SOBE for $ 250,000 under a sale agreement negotiated over two years ago.

According to documents filed on October 27, PUCO staff recommended that the commission approve the sale.

The commission is due to consider the matter at its 1:30 p.m. meeting in Columbus.

“SOBE has the managerial, technical and financial capacities to acquire and operate the Youngstown Thermal entities,” the recommendation indicates.

According to the staff review, SOBE “made capital investments to upgrade and improve the utility system while implementing new operational procedures aimed at increasing efficiency and improving system performance monitoring “.

These new investments include a new monoblock boiler to replace older, less efficient boilers and a new air cooling unit. SOBE also fixed all known leaks in the distribution system, the analysis said.

The Dublin, Ohio-based SOBE said there would be no rate change for customers after the asset transfer was completed, according to the documents.

Youngstown Thermal began to experience financial problems in 2017 after its biggest customer, Youngstown State University, chose to build its own boilers and exit the system. The company was placed in receivership by the Mahoning County Common Pleas Court when it was unable to pay its bills.

If the district heating system failed, it could have seriously disrupted dozens of businesses that the utility serves downtown. Companies began to look for a buyer once they had gone into receivership.

Under receivership, Youngstown Thermal was able to wipe out a deficit of $ 1.8 million and make a small profit of $ 2,500 in 2018, according to reports filed with the court. This was accomplished by reducing costs, reducing manpower, introducing an emergency surcharge for customers and establishing a new pricing structure.

Under an agreement signed in April 2019, SOBE agreed to purchase the assets of Youngtown Thermal and Youngstown Thermal Cooling LLC for $ 250,000.

A management contract between the entities was signed in June of the same year and SOBE has been managing Youngstown Thermal’s operations ever since.

The recommendation of PUCO staff is limited to the sale and transfer of assets, and did not render any opinion on a financial package that was also part of the proposal, according to court documents.

Instead, staff recommended that the commission order SOBE to file a separate application when it is ready to issue debt in order to support the expansion of the system.

According to a receivership report filed on February 19, 2021, the project initially proposed $ 23 million in funding that included the construction of a larger and more efficient cogeneration plant that could produce synthetic gas from recycled materials.

However, the PUCO asked SOBE to eliminate the cogeneration part of the project, noting that it could not approve an operation with elements of public utility and not public, according to the last report of the receiver filed on October 15.

As such, SOBE amended its bid to exclude a shredding operation – initially identified for a site in Lowellville – that would convert solid waste such as rubber tires into synthetic gas, according to the documents.

The gas would then be used as a feedstock in Youngstown Thermal’s burners for process heating, according to the SOBE website.

The amended plan reduced the funding amount from $ 23 million to $ 15 million, according to the documents.

It is not clear if the recycling plant could be built at a later date.

The funding would come from income bonds underwritten by Stifel, Nicolas & Co. and issued by the Western Reserve Port Authority. The bond issuance would be used to fund future expansion of the utility system, according to documents.

These include ambitious plans to make upgrades and attract new customers to the district heating and cooling network in or near the city center, according to the documents filed.

A business plan submitted to PUCO last year shows that SOBE intends to acquire and install two new boilers at the Youngstown Thermal plant at 205 North Avenue. It also calls for repairing system leaks that could adversely affect plant performance.

Commissioned in 1895, the plant is the oldest district heating and cooling installation in the United States, according to plan.

Much of the plan relies on adding two major clients to the system: YSU and Mercy Health St. Elizabeth Youngstown Hospital, according to the documents.

According to documents filed with the PUCO, SOBE has entered into non-binding letters of intent from the two entities to purchase steam heat, and the plan is for SOBE to purchase and install new chillers at the site of the SOBE. university and hospital.

Currently, the utility has no contracted chiller customers, according to documents.

In addition, disputes over past balances of two clients have now been settled, according to the receiver’s latest report.

What is not clear is the impact of the sale and potential expansion on the rates of the 34 downtown customers served by the system.

“Everyone is hoping there will be more stability,” said fourth ward councilor Mike Ray, chair of the city council’s utilities committee. “A stable future and reliability are really important. Urban steam makes sense in many ways, but the main concern is reliability. “

Youngstown City Hall and the Youngstown Police Department are the primary customers of the Youngstown Thermal line. The same goes for office buildings owned by Ohio One Corp. and the YMCA – the service’s biggest customer.

In May 2018, the PUCO approved a tariff structure that assesses customers a fixed monthly surcharge based on their expected annual heating costs. These fees range from $ 25 per month for small users to $ 1,000 per month for large consumers.

These rates must remain in place after the sale, according to court documents. Officials have previously said that prices could eventually drop as more customers join the system.

Calls and emails seeking comment from SOBE executives were not returned.

Reg Martin, who was appointed by the court as a public service receiver, said the PUCO approval would pave the way for a sale and end an ordeal that began more than four years ago.

“If they approve, it allows them to sell it,” Martin said. “I’m mad after this.” We’ll see what happens on Wednesday.

These borrowers do not qualify for limited student loan forgiveness