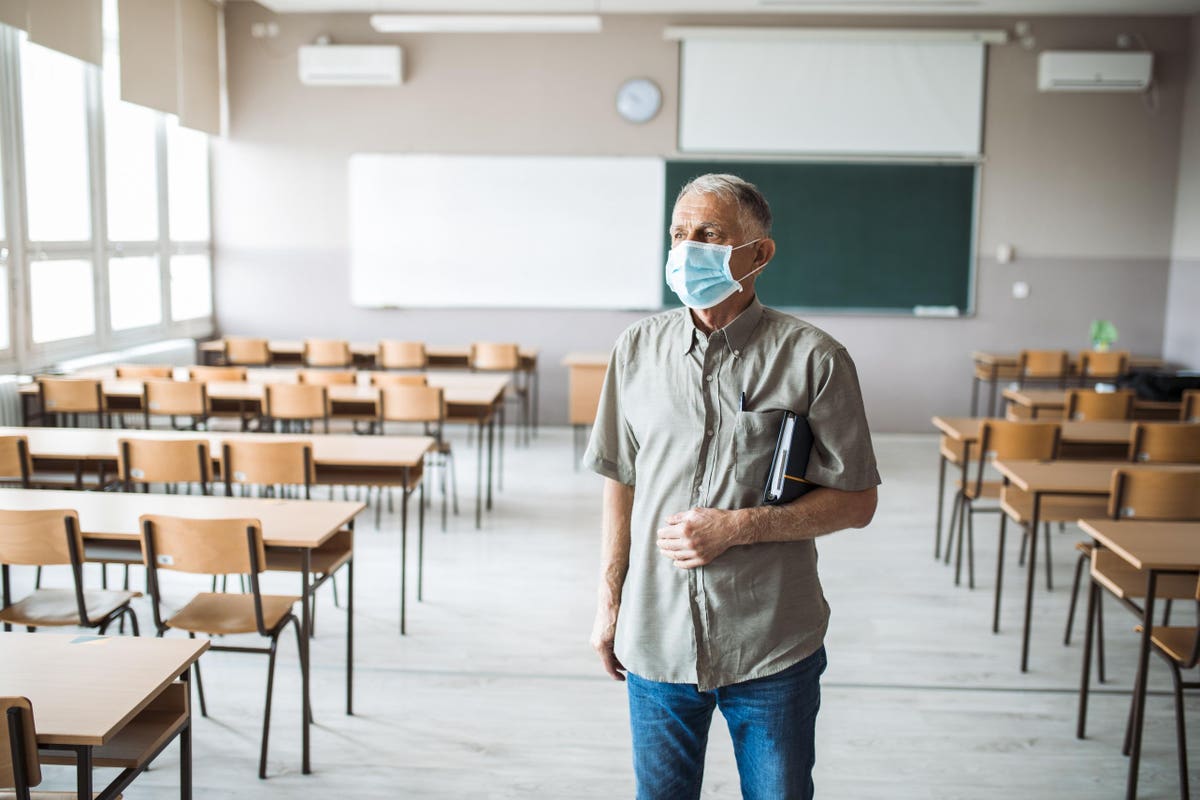 
The behavior of teacher unions and public school bureaucracies across much of the country has been a disgrace. Time and time again, they unnecessarily kept children out of the classroom. Their unacceptable actions will, over time, lead to drastic changes in the way American children are educated. The traditional public school system will follow the path of landlines, fax machines and typewriters.

A year ago, it was clear that there was no scientific reason not to resume classroom teaching, as children are highly unlikely to contract or transmit Covid-19. Experience in Europe, Japan and elsewhere has shown that schools – taking the necessary precautions – can reopen safely.

The damage caused by keeping children at home, in terms of lost learning, depression and reduced family income due to parents having to stay at home to care for children, has vastly exceeded all damage caused by Covid-19. Yet union bosses continued to say no to classroom instruction, shaking politicians for more concessions and more money.

Shamefully, President Biden and many local politicians have capitulated. Obviously, they really don’t care about kids. This appalling behavior will have profound repercussions, both short and long term.

Millions of parents are shocked and come to the sad conclusion that the current public school system – in far too many cases – has abandoned them and their offspring. Videos of teachers disparaging parents or going on vacation while children were cared for at home reinforced this astonishing perception of selfishness and indifference.

In addition, there is a growing realization that many schools, before Covid, were not doing a good job of educating students, as test results sadly demonstrated. Too often the response has been to lower the curriculum or simply move children to the next grade, even when they are not qualified.

This grim reality is leading to growing support for a more authentic school choice. More than 30 states are creating or developing educational choice programs. Florida has just expanded its school voucher program. Many states use scholarship programs funded by income tax credits to allow parents to escape the government’s monopoly on public education. Oklahoma, for example, has just overcome fierce union opposition and has dramatically expanded its private school scholarship program, and the reformers there will push for a massive expansion next year.

A more ambitious initiative is to have school funds follow the child instead of being limited to a specific school, regardless of its severity. The tool for this would be K-12 Education Savings Accounts (CES). These taxpayer-funded accounts would allow eligible parents to use the money not only to send their child to a private school, but also to pay for private lessons, online courses and textbooks. The dollars would follow the child, not the school. In other words, if you send a child to a non-public school, the per pupil costs paid by the government would be transferred from the public school to the alternative school.

West Virginia has the largest ESA program in the country – over 90% of students will be eligible when the program goes into effect in July 2022, breaking the government’s monopoly on education in that state. And Kentucky lawmakers have overturned their governor’s veto on an ambitious ESA project. Obviously, the ESA movement is gaining momentum.

There are also privately funded programs, such as the Children’s Scholarship Fund, for children from low-income households.

The fact that most educational opportunities for children are determined by the zip code they live in is an American scandal.

It won’t happen overnight, but the nefarious and short-sighted actions of unions will lead to profound change – and American children will be the winners.