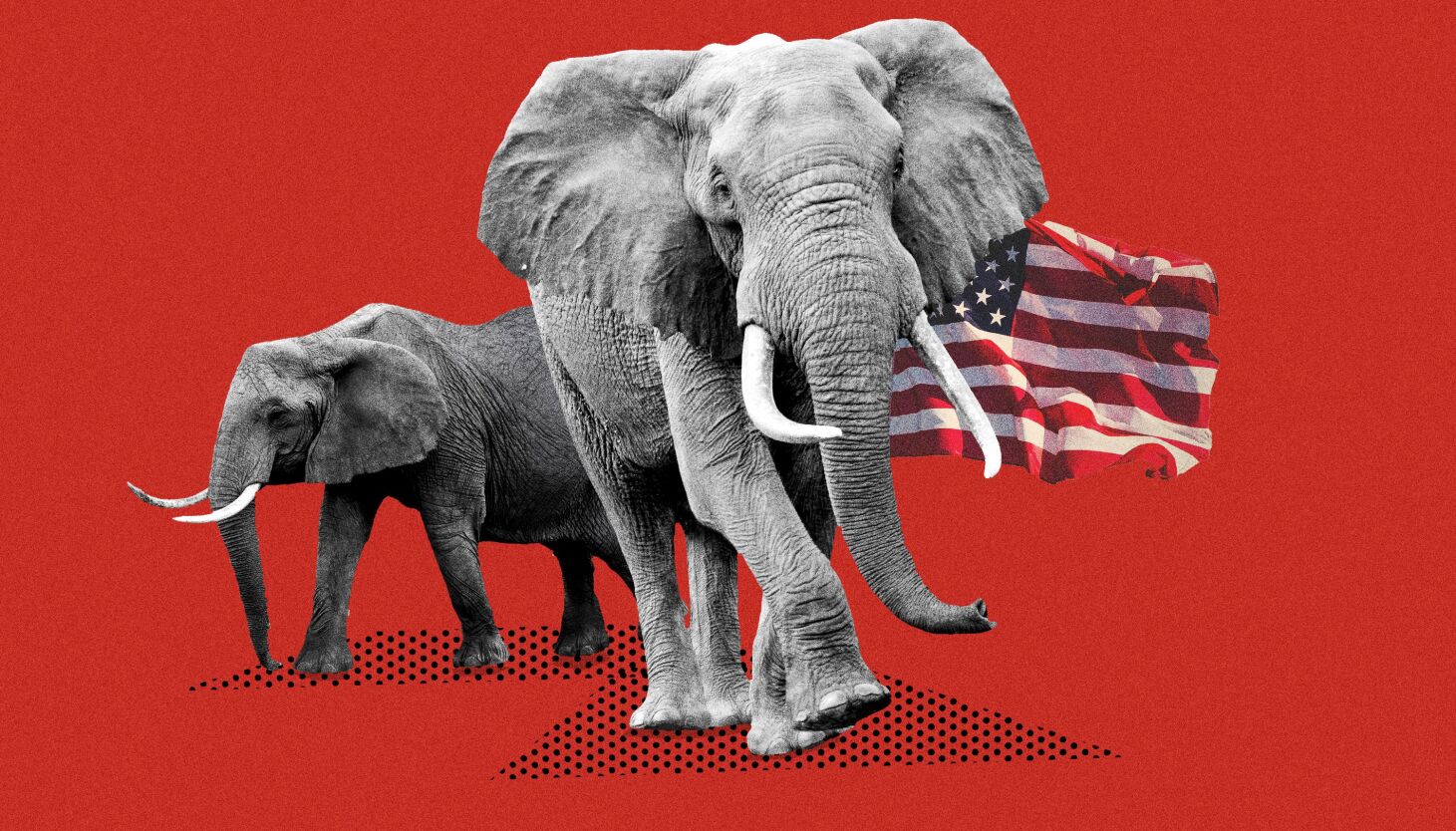 Josh Wheeler entered the world of local politics for two reasons: his family and his community.

A self-proclaimed Republican and conservative, Wheeler decided to run for city council in his hometown of Ammon, Idaho after witnessing the overwhelming community support given to him and his family at the following the death of his son.

“I had to find a way to give back to my community,” he said.

This year, Wheeler decided to run for Idaho House. But this time he ran because he felt his family and community were threatened by a brand of conservatism embodied by his opponent, fellow Republican Chad Christensen, a proud member of the far-right Oath Keepers.

In Idaho’s May primary, Wheeler beat Christensen 52% to 48%, his win adding a drop to what would amount to a wave of incumbent losses that swept through Idaho and other red states. This year.

At 24%, the incumbent loss rate in the Idaho primary election was nearly four times the average rate over the past decade. While this level of turnover is partly due to incumbent vs. incumbent contests created by the redistricting, this explanation accounts for only 4 of the 18 incumbent losses. In other words, three-quarters of Idaho incumbents seeking reelection faced a primary challenger, and nearly half of them failed to come out on the other side.

A similar phenomenon is occurring across red America, with state legislative primaries that have driven out incumbents in numbers not seen in recent elections. So far this cycle, 134 Republican incumbents nationwide have lost their primary races, double the rate of previous years.

Experts point to both intramural feuds between different factions of the Republican Party, as well as issues like school choice and COVID-19 restrictions that have brought a more heterodox set of voters to the polls. .

According to Stephanie Witt, professor of political science at Boise State, the losses suffered in strong states like Idaho, North Dakota and West Virginia are further evidence of the active war between two factions of the Republican Party: the emerging, the most pro-Trump wing of the party and the early GOP.

“As the two factions battle for control of the party, we’ll see people challenged in the primaries,” Witt said.

Events of the past two years have also deepened divisions within the Republican Party and produced an electorate more willing to reject the status quo, according to Adam Dynes, associate professor of political science at Brigham Young University.

“There’s the traditional Republican wing which is now considered more moderate and the Trump wing of the party,” Dynes said. These two factions, while agreeing on most things, are divided on pandemic-related mandates and election integrity issues, Dynes said.

Another point of division is over school choice and parental involvement in education, with Republicans rallying against teachers’ unions.

These ideological divides come down to a simple binary, according to Brent Regan, chairman of the GOP executive committee for Kootenai County, one of Idaho’s most conservative regions.

“It’s the establishment against the conservatives, it’s the bureaucratic state against the people,” Regan said.

The long string of incumbent defeats in the May primary election and the unexpected replacement of party leadership at the Republican Party convention last month are evidence of a ‘fundamental renewal’ reshaping Idaho’s GOP, according to Regan . “It was really the base standing up and saying, ‘No, we’ve had enough. “”

The convention’s rejection of the party establishment, in favor of conservatives who are more willing to take a hard line on the former president’s claims about voter fraud and COVID-19 politics, reflects the outcome of multiple races in the Idaho Senate in which experienced Senate incumbents were ousted by more conservative challengers.

However, Idaho voters’ rejection of the status quo also goes the other way, said Kevin Richert, a reporter for Idaho Education News.

“It was a wild primary, we had a lot of incumbent losses, but not all of the moderate Republicans lost to the conservative challengers,” Richert said. In fact, the opposite was true for many races, especially in eastern Idaho where more moderate Republicans, like Britt Raybould and Wheeler, defeated more ideologically extreme incumbents.

Moderate Republicans have also done well in statewide races. Gov. Brad Little, a mainstream Republican who has been pushed back by the right because of the pandemic shutdowns, was challenged by Trump-backed Lt. Gov. Janice McGeachin, and he beat her hands down.

Although at first glance the Idaho primaries appear to reveal a battle between two distinct versions of conservatism, with the more extreme, Trump-influenced variant leading the way, the story is more complicated, according to Wheeler.

“Voters understand that if you get too extreme, your party will be in trouble,” Wheeler said. “I’m optimistic that primary voters – while perhaps wanting something different – are still looking for reasonable people of good character to come out and represent them.”

Wheeler and the other Republican candidates who beat Idaho primary incumbents now see themselves as engaged in a struggle to make Idaho more conservative. But what that means and what it will look like depends on who you ask.