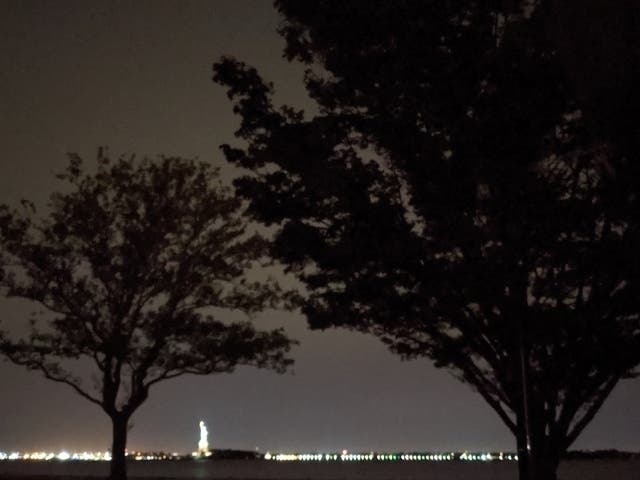 Battles to reopen schools have been raging for over a year, but it is safe to say that we have reached the tipping point. In the fall, the overwhelming majority of schools will offer in-person instruction five days a week, although the form this takes will certainly vary from location to location.

What happens next? Federal and state governments are pumping unprecedented amounts of new money into public education, and teachers’ unions have many ideas on how to spend it.

Watch a TV report or read an article about reopening schools and you’re bound to hear American Federation of Teachers President Randi Weingarten talk about what she thinks schools need. But it will not make these decisions, not even for its members. AFT locals will adapt their positions to their political conditions and realities.

The New York and Miami unions reached an agreement on the reopening last fall, while the Chicago union did not reach an agreement until March. The Los Angeles union didn’t come to a deal until April, and most schools in LA won’t reopen until this fall. Some have called for additional staff to deal with mental health issues and learning loss, while others have gone further, wanting to end standardized testing.

Some demands, however, are universal. Every union wants smaller classes, which means more teachers and more support staff to fill various new programs.

Let’s start with the United Federation of Teachers of New York City. Some schools reopened in November 2020 after long and difficult negotiations, which included a threat of strike action. As the big teachers’ unions disappear, the UFT is seen as a political actor more than a supporter of the ideological hard line, so it makes sense that schools in New York City opened before those in Chicago. or Los Angeles.

The UFT touted the protocols they negotiated as being responsible for making schools “the safest public spaces in New York City.” Last March, the union released a series of recommendations for post-pandemic schooling, including spending more than $ 1 billion to tackle learning loss.

UFT wants teams of academic intervention specialists and social workers / psychologists for each of the city’s 1,800 public schools. The average New York City public school would need three to four teams, or a total of six to eight professionals, or about one team for every 200 students, according to the union.

The union estimates that it will cost $ 1 billion to hire the 10,000 new employees estimated to be needed for this new program. In addition, the union wants smaller classes in 100 of the most needy schools, requiring the hiring of 1,500 or more teachers, at a cost of $ 150 million per year.

It is not mentioned how the value of these policies will be measured, although the hiring will have an indisputable effect: it will increase the number of potential union members by more than nine percent.

The first reopening of Chicago’s public schools didn’t happen until March of this year, in large part due to the highly controversial relationship between the Chicago Teachers Union and Mayor Lori Lightfoot. Even after negotiating the reopening deal, CTU chairman Jesse Sharkey denigrated it.

“Be clear. This plan is not what we deserve. Not us. Not our students. Not their families,” he said.

While the UFT used its deal to tout the safety of New York City schools, the Chicago union went in the opposite direction. When the city drew up a follow-up plan to reopen secondary schools, the union hesitated, saying that “national health experts are expressing concerns about the reopening of schools, bars and other businesses as new variants lead to a spike in cases “.

CTU has its own post-pandemic remedy list, which includes more staff and resources for students with special needs, bilingual students, and homeless students. The union wants a nurse and librarian in each school, 500 more social workers and counselors, and “end any unrequired standardized assessment.”

The CTU has also called for a reduction in class size. It is worth mentioning that the city’s schools have been bleeding enrollment for two decades and have lost 15,000 more students during the pandemic.

The Chicago union has a strong social justice focus, and this is reflected in some of its demands to spend the federal money, including the adoption of ethnic studies programs, the hiring of restorative justice coordinators and the provision of direct housing assistance.

Miami-Dade County public schools had their first reopening last October. The response from the United Teachers of Dade mirrored that of the Chicago Teachers Union, and its bargaining weight was much smaller, reflecting the realities of a teachers’ union in a red state.

UTD’s actions were primarily on the communications front, raising the alarm on infected staff and students, and mounting a letter-writing campaign for the school board to hear teachers’ safety concerns. .

Schools had been open for months, but UTD wanted to delay reopening after winter break, even though 89% of students returned to school on January 4. The union claimed the schools were “in a public health crisis with no end in sight”.

While the UTD warned that schools were not safe, it also applauded itself, stating that “union educators play a vital role in clarifying potentially deadly misinformation.”

Fast forward to May, when the union began negotiations with the district on the use of federal funds. Miami also has declining enrollments, so the union wants to use the new funds to shore up per-student spending and, of course, reduce class sizes while hiring more counselors, psychologists and social workers.

I saved Los Angeles for last, not only because United Teachers Los Angeles was the first to walk out the door with a long list of post-COVID demands last July (which included police funding and a moratorium. on the charter, among others). In its latest communication with members, UTLA also addressed conditions in other school districts in major cities.

Los Angeles was the slowest to reopen its first schools, only getting there in April 2021. Most students still haven’t returned and will only do so in the fall. UTLA is arguably the most militant of the large local sections of teachers’ unions, and its rhetoric reflects its direction, with President Cecily Myart-Cruz accusing “reactionary forces” of being responsible for the decision to reopen the schools.

“The safety protocols negotiated by the union have ensured the safety of their students and their families,” she told members in a May 28 video update, adding that “the UTLA negotiations are responsible for the fewest number of infections among the country’s largest school districts. “

The number of schools and students involved in the different reopenings is very different in each of the three cities, but Myart-Cruz did not address this.

In addition to its previous requests, UTLA has expressed its wishes for the estimated $ 2-4 billion one-time money for LA. Its top priority is to reduce class sizes. “The most effective way to impact students is to have more caring adults on campus,” she said.

The next priority is increasing wages. The union will negotiate “measures to recruit and retain educators”, and in support of this, “rallies and press conferences are underway.”

Myart-Cruz said it was “time to fight for transformational change”, and this is a common message from many teachers’ unions. They see this increase in federal funding as a way to permanently lock down their wish lists.

The resistance of teachers’ unions to the reopening has increased animosity among parents to levels rarely, if ever, seen before. These demands could bring them back into the union fold or alienate them further because of the costs. But even if unions suffer a lasting PR impact of their reputation, they can end up being more than adequately compensated in the form of new members and new income.

The 74 Million is a nonprofit, non-partisan news site that covers the challenges and opportunities of educating 74 million American children.

We are Zoomers and we want the PRO Act

Watch Berkowitz and Martin tackle the country’s No.1 educational problem:…