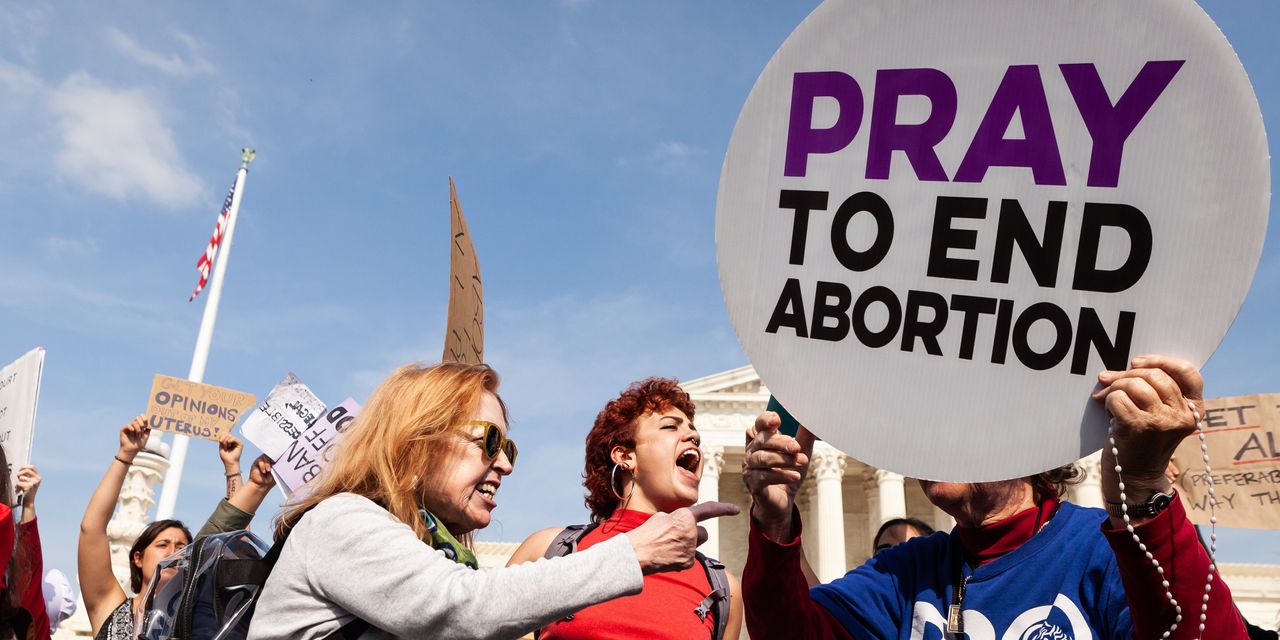 Responding to a leaked draft of a United States Supreme Court opinion in Dobbs v. Jackson Women’s Health OrganizationUnite Here hospitality union tweeted that it “only endorses and elects pro-choice candidates, whether those choices are about abortion or a union.” The Flight Attendants Association called the draft advisory an “attack on the majority of this country”. Randi Weingarten, president of the teachers’ union approved federal legislation to codify the right to abortion. The New Starbucks Barista Union tweeted“All of us in the labor movement must fight for our abortion rights.”

Not represented in these statements are the voices of unionized workers who oppose abortion, but whose dues are used to fund abortion advocacy.

While organized labor sends 90% of its political donations to Democrats, about 40% of voters in union households favor Republicans. Members can choose not to support their union’s political action committees, but their dues are still used to fund campaigns, pressure groups and advocacy that align with the centre-left values ​​of union leaders .

An analysis by the nonprofit Center for Union Facts of union spending between 2010 and 2018 found that 99% of those non-PAC payments — totaling nearly $1.7 billion — went to left-leaning groups or those aligned with the Democratic Party. Recipients include the Democratic Governors Association, the Clinton Foundation and the Center for American Progress. Payments to Planned Parenthood topped $1.2 million.

Union leaders could justify the support by arguing that their members lean left on social issues. The data does not confirm this. A 2020 study in the American Journal of Political Science found that “union membership has no consistent relationship with attitudes toward abortion specifically or social liberalism more broadly.” In other words: Union members have a range of opinions on abortion, just like the American public.

A recent Gallup poll shows Americans are split, with roughly equal percentages considering themselves “pro-choice” and “pro-life.” But there’s a key distinction: Non-union workers who oppose abortion aren’t subsidizing abortion advocacy through a monthly deduction from their wages. Many union-represented workers pay this subsidy by default, unless they opt out through a cumbersome union-controlled process.

Senator Tim Scott (R., SC) offered a fix. His Employees’ Rights Act of 2022, introduced this spring with the support of 27 of his Senate colleagues, would require union leaders to seek membership approval for any expense not directly related to collective bargaining.

This would include donations to Planned Parenthood. A March 2022 survey of 1,000 Americans, conducted by Engine Insights, found that 76% of all households — and an identical percentage of unionized households — supported this.

Mr. Scott’s proposal should not be controversial. Whether you support abortion, oppose it, or fall somewhere in the middle, you can find common ground on this: your money shouldn’t be used to fund the other side of the debate.

Mr. Saltsman is CEO of the Employment Policies Institute.