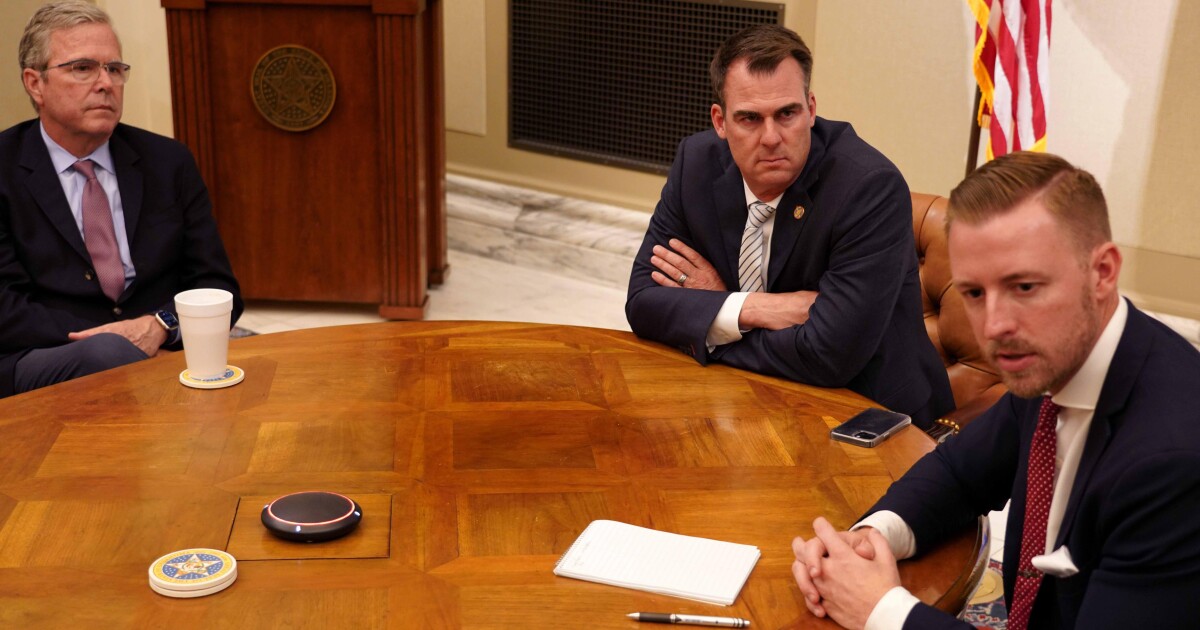 Auditors released a 69-page report on Tuesday that exposes a number of Oklahoma’s failures in delivering a nearly $40 million coronavirus relief package by the Stitt administration.

The U.S. Department of Education’s Office of Inspector General’s review found that $650,000 in purchases, according to auditors, were mis-spent and included items such as Christmas trees, smart watches and hundreds of televisions.

OIG investigators wrote that they were looking in more detail at $5.5 million in purchases.

Auditors found that the company that helped distribute that money – ClassWallet – also offered to put safeguards in place to ensure the funds were properly spent. But listeners wrote that Oklahoma did not use them. The state’s work with ClassWallet has been overseen by Secretary of Education Ryan Walters, currently a Republican nominee for state superintendent of public instruction.

Stitt’s spokeswoman, Kate Vespar, said in a statement that her administration is reviewing the report and will work with federal investigators in the future.

“The governor is committed to transparency and accountability in state government and has called for more audits than any other governor in our state’s history,” she said in a statement. “The state has been proactive in monitoring and ensuring the proper use of Oklahoma taxpayer dollars, and an internal audit was initiated several months ago, which is underway for GEER funds. from Oklahoma. It has been made evident through letters of demand that if it is determined that a provider failed to ensure that funds were properly used or that an individual misappropriated funds received for educational purposes, the State will take prompt and appropriate action.

In 2020, the Stitt administration received nearly $40 million in federal funds as part of the Governor’s Emergency Education Relief Fund. Much of the money in question was distributed through the Bridge the Gap Digital Wallet program, which provided $1,500 grants to low-income families for educational purchases.

Stitt’s administration used these funds to pay for things like private scholarships and a grant program for individual families. Similar programs were launched this session in a school voucher measure that has divided Republicans.

But the policies themselves weren’t really questioned by federal auditors. Instead, it is often the administration of the funds that has been criticized throughout the report.

“Oklahoma has not awarded all of its GEER grant funds in accordance with the CARES Act, federal regulations, department guidelines, and GEER grant terms,” the auditors wrote.

Oklahoma officials could not provide supporting documentation indicating that the money distributed went to eligible entities that “aligned with the purpose of the GEER grant fund.” An exception was the money Stitt distributed through the Oklahoma State Department of Education for technology aid to schools.

For Stitt’s “Stay in School” program, which offered private scholarships to families worth $6,500, there was no evidence that students actually used the money for tuition. private schools.

Additionally, auditors checked the eligibility of 10 random families who participated in the program and were unable to determine if eight were actually able to participate.

In a response to a draft from federal investigators, Oklahoma officials “did not indicate whether [they] agreed or disagreed with the conclusions and recommendations of the draft report. However, Oklahoma has identified corrective actions it has taken or plans to take.