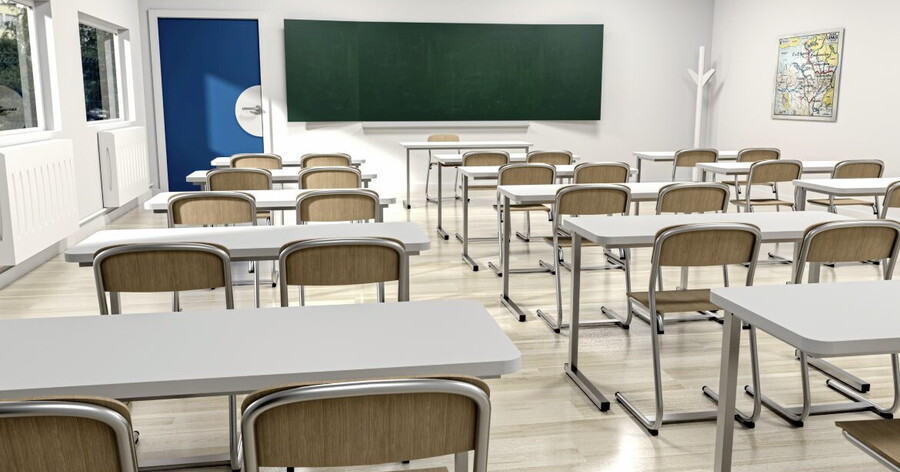 STORMONT’s education minister should ‘draft’ a pay deal with the unions instead of suggesting striking teachers could see their pay cut, it has been claimed.

Michelle McIlveen of the DUP has confirmed that educators could face pay deductions if they take industrial action following a ballot organized by teachers’ union NASUWT which saw members back a pay strike.

The poll prompted a letter from the leadership of the Teachers’ Bargaining Committee (TNC), which represents teacher employers in the north, to principals in June warning that the strike would be a breach of contract.

Some NASUWT members had taken part in industrial action before going on strike before the end of the school term, including not taking part in certain tasks.

Another teachers’ union, the Irish National Teachers’ Organisation, also said it planned to vote for strikes in the coming weeks over a pay dispute.

Now, Ms McIlveen has indicated she supports the TNC’s assessment of striking teachers.

In response to a written question from the Assembly, the Minister said: “I understand that TNC Management Side has undertaken an assessment of the industrial action and determined that the participation in the action of the NASUWT amounts to a breach of the obligations teacher contracts.”

The response drew criticism from SDLP education spokesman and MP Daniel McCrossan, who said: ‘It is unbelievable that after all that our teaching staff have been through over the past few years, he is threatened with pay deductions for daring to use his right to strike action in an attempt to obtain fair wages and working conditions.

“Instead of doing everything in her power to resolve these issues so that staff do not feel the need to strike, Education Minister Michelle McIlveen has doubled down on this threat and confirmed that staff could see their pay deducted.”

Mr McCrossan said teachers went ‘beyond expectations to ensure children’s education could continue’ during the Covid pandemic, adding: ‘Rather than talking about pay deductions, Minister McIlveen should get around the table with the unions and work out a pay deal and improve working conditions so that our teachers feel respected and valued and no longer see the need to strike.”

Travel advice for students with outstanding loans in 2022