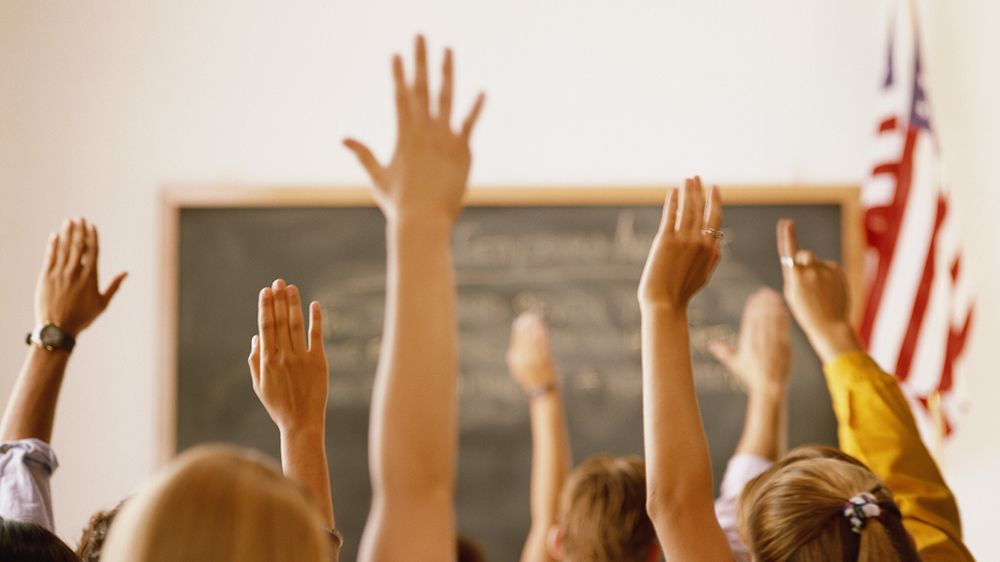 The National League of Cities (NLC) has selected Mims to chair the organization’s Mayoral Education Task Force for the next two years. Within the task force, mayors from across the country discuss and respond to critical education issues.

“As a lifelong educator, I look forward to bringing my experience and passion for education to this national leadership role,” said Mims. “With mayors across the country, we will elevate the essential work of improving educational opportunities for young people in our cities.”

What do you want to know

Formed in 2012, the Mayoral Education Task Force meets twice a year at NLC events – in March at the city’s congressional conference and in November at the city’s summit. The next City Summit will take place Thursday, November 17 through Saturday, November 19 in Kansas City.

These meetings provide a “small, intimate setting” where honest and constructive conversations take place, according to the NLC’s website.

At their last meeting in March, the group of more than 40 mayors sharing innovations to support young people and students, improve the education system, recruit and retain teachers.

These conversations, led by former president Lily Mei of Fremont, Calif., covered a range of topics. Topics ranged from how to utilize underutilized space in school buildings to working with nonprofit organizations to address housing and basic resource issues.

They also looked at ways to invest in after-school and summer learning programs to support pandemic recovery.

Across the country, math scores have seen their biggest drops ever during the pandemic. Reading scores fell to 1992 levels, the Associated Press reportedand nearly four in 10 eighth graders failed to grasp basic math concepts.

When first meeting, Mims plans to do a lot of listening. He noted a desire to hear from leaders in other successful cities about how to replicate those efforts in Dayton.

“When you look at high performing schools across the country, they’re all doing something quite similar,” Mims added. “High-performing schools, in most cases, come from high-performing communities; affluent communities and where the benefits of a high quality education are clear. So we want to look at ways to follow these approaches to be successful both inside and outside the classroom. »

Clarence Anthony, CEO and executive director of NLC, said the organization invited Mims to serve as president because of his experience in education leadership. He described Mims as having a “passion for providing equitable educational opportunities for young people”.

Mims, who holds a master’s degree in education from Wright State, has worked in Dayton Public Schools for more than 35 years. He taught art to K-8 students to begin his teaching career, and he spent his last seven years in the classroom at Belmont High School.

Beyond his work as a teacher and coach, Mims served as president of the Dayton Education Association for six consecutive terms from 1983 to 1988.

He then served as chairman of the Dayton School Board from 2008 to 2011. He represented the Ohio School Board’s Third District for three years before being elected to the Dayton City Commission.

“Ensuring our young people have access to educational opportunities that put them on the path to economic success is an important priority for so many city leaders,” Anthony said. “With his decades of service as an educator, we look forward to leadership (from Mims) to guide these conversations.”

Since joining the Dayton City Commission in 2014, Mims has been committed to strengthening the relationship between City Hall and Dayton Public Schools (DPS). He considers it essential to improve the quality of life of residents.

Mims called improving education an issue that resonates from his “head to his heart.” In addition to being an educator, he is also a parent and grandparent.

His son Cory and daughter LaDawn both attended schools in the DPS system. Cory graduated in 1988 and LaDawn in 1996. Both graduated from college and attended graduate programs, Mims said.

In its most recent report card, DPS received no more than two stars in any of the five categories ranked by the ohio school board. It earned one star each in the Achievement, Graduation, and Early Literacy categories.

Mims doesn’t focus so much on report cards and test scores, as on the fact that only 74.2% of students in the district graduated in four years.

“Our system created more opportunities when my kids were in school than they do now,” he said. “The diversity of programming that they’ve been blessed with is what I’ve pushed for all my life when it comes to education. We have to get back to that.

“It’s about working together”

Will Smith, president of the Dayton Board of Education, said he was very excited about the potential partnerships that could arise from Mims’ role on the task force.

Not just those between the city and the schools, but several other types of organizations — teachers’ unions, community and faith-based organizations, and businesses — to create local solutions to improve student success, Smith said.

A key area Mims wants to focus on is improving teacher recruitment and retention. More stringent requirements for teachers and pay rates that don’t follow salary trends in other sectors make it harder to attract and retain the highest quality candidates, he said.

Ohio’s current minimum wage for first-year teachers is $25,950, which federal data suggests that’s 14.4% less than what non-teachers with similar levels of education and experience earn in Ohio.

Therefore, there are nearly 17,000 fewer people working in public education in Ohio now than before the pandemicaccording to data from the Ohio Education Association.

For DPS, the entry-level teacher salary for this school year is $47,391, according to district data. The district-wide average teacher salary is $57,737.

The district continues to work to improve student achievement, said DPS Superintendent Dr. Elizabeth Lolli. This includes filling gaps in education and meeting general student needs. She thinks Mims can be a key advocate for Dayton and its students and teachers on those fronts.

Through her involvement in the working group, Mims wants to help explore ways to create a holistic approach to education. The goal shouldn’t just be to get kids to graduate, he said, but to help those students succeed in life once they do.

The district’s more than 12,300 students are a long-term investment for Dayton, Mims said. Better graduation rates will not only have a positive effect on the school district, but they will also help increase the median income of the community.

“As an educator, it’s your job to help your students feel they have value and something to offer society,” he said. “Once they graduate, these kids go to college or the military, but then they come back to live in Dayton and continue to contribute to society, to the economy.”