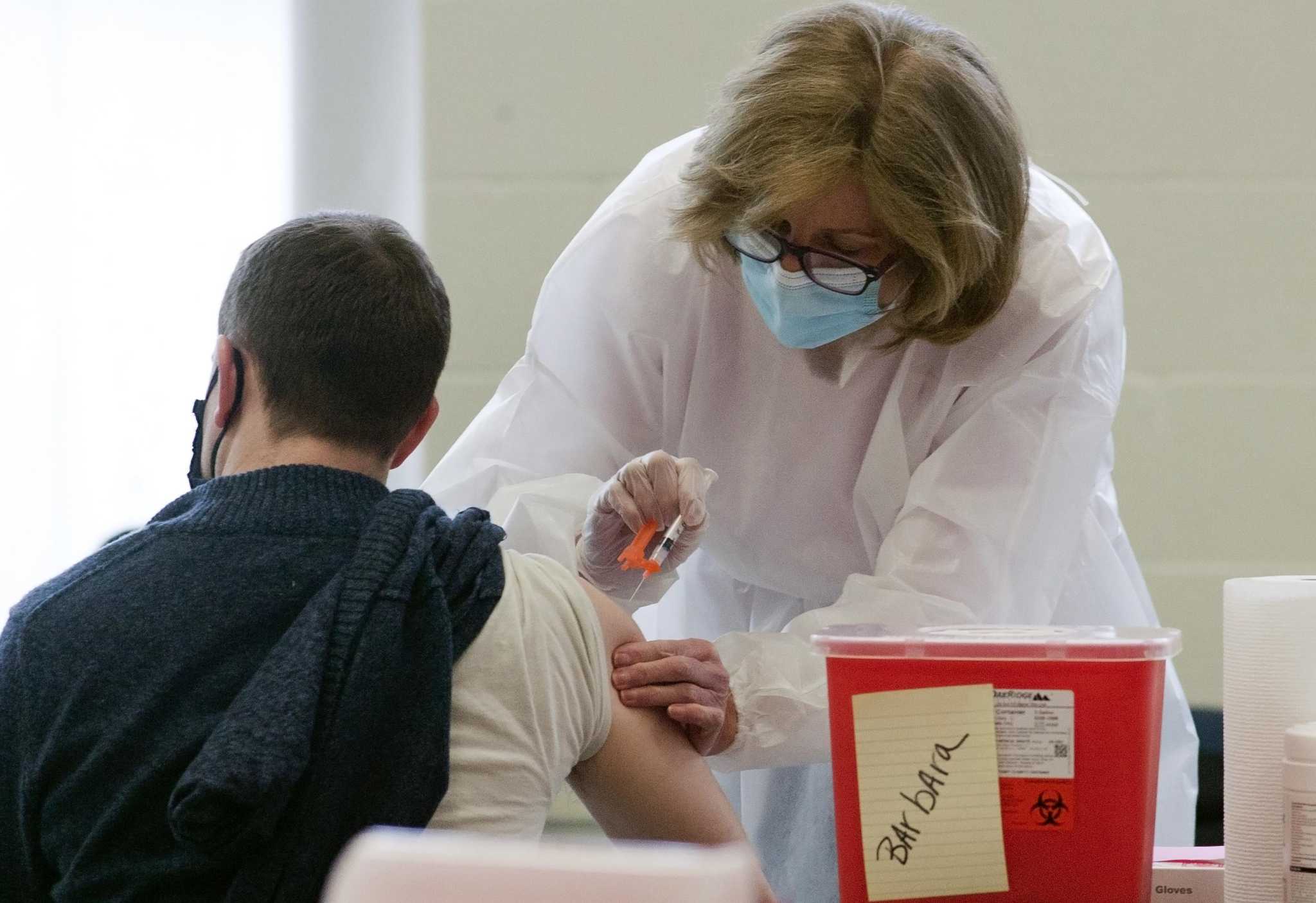 DANBURY – The school district has put staff on leave 118 times for not submitting their COVID-19 test results in the first seven weeks of the state’s vaccination mandate.

The “vast majority” of those employees have been placed on unpaid leave for just one day, said Kimberly Mango Thompson, director of human resources and legal counsel for the Board of Education. Staff generally did not return the results because they did not collect them from their testing center or test them too close to the district deadline, she said.

â€œAs soon as they fixed this problem, they were able to go back to work,â€ said Thompson.

The district has not fired any employees due to the state’s mandate that school staff be fully vaccinated against COVID-19 or submit weekly test results, she said. No employee goes through the termination process.

As of Friday, 1,750 Danbury School employees – or 93% – were fully immunized, while 133 staff were in the mandatory testing pool, Thompson said. These numbers change as new employees are hired or get vaccinated.

Of the 118 leaves, most employees have only been on leave once, Thompson said. The district declined to provide the names of staff members who were put on leave, citing protection of health records.

â€œThere’s a small handful of reps, but we kind of dealt with them individually, following up with them,â€ Thompson said.

Who is on leave?

Extended learning and early childhood staff were put on leave the most often – 57 times between the week of October 4 and the week of November 15, according to school data provided to Hearst Connecticut Media as part of ‘a Freedom of Information Act request.

School canteen staff had the second highest number of holidays, with 28 during those seven weeks.

Rotation in the extended learning program is common, so new staff were not vaccinated last year through the school district and would not have been connected to the district system as well, a Thompson said. Technological issues early in term may also have contributed to some departures, she said.

The president of Teamsters Local 677, who represents staff at the Danbury school canteen, could not be reached for comment.

Teachers have been put on leave on seven occasions.

NEA Danbury, the teachers’ union, has negotiated with the district to allow its members to use paid sick leave if testing centers do not deliver results in a timely manner, rather than being put on unpaid leave union president Erin Daly said. She did not know if other unions had concluded similar agreements.

â€œIt was a huge problem and it made a lot more people not feel stressed about the tenure,â€ said Daly, a third-grade teacher. “It didn’t make things perfect, but it took a little bit of edge.”

The local and public teachers’ union has encouraged its members to get vaccinated against COVID, she said. But the union has supported those who chose not to be vaccinated too, Daly said.

“Our mission was to make sure that they were treated as fairly as possible and that they did not have as many inconveniences as possible,” she said. â€œWe were trying to avoid inconvenient work interruptions for them. “

It has been inconvenient for some teachers to use the state’s testing sites, while those who want saliva tests, rather than a nasal swab, have limited location options, Daly said.

The mandate came into effect on September 27. In the first week or two, as staff got used to the new protocols, Danbury offered an employee ‘grace period’ to employees who showed receipt of their test but did not have the test. their results. Thompson said.

Staff were initially required to hand in results by 4 p.m. on Tuesday for a test taken in the past 72 hours. But employees can now choose to hand in test results on Monday or Tuesday, allowing them to test on Saturday if they submit the results on Monday, Thompson said. This made it easier for employees to want saliva tests.

â€œWe really tried to help people, to find a way that worked for them,â€ said Thompson.

Danbury High School, the largest school in the district, had the most leaves at 32. King Street Middle School followed with 27 leaves.

The weeks of October 18 and November 1 are tied for the greatest number of holidays with 25.

Wednesday is the most common day for staff on leave.

Those absences “come at a cost” as the district has struggled to find replacements, Thompson said.

But absences have been a global problem, not just because of the tenure, Daly said.

“Every time someone is away it makes the workload twice as heavy for our remaining teachers who have to cover these students and classes,” she said.

Danbury retained Kelly Services, a recruiting company, to provide substitute teachers, para-educators and office staff for the district, Thompson said. The goal is for the business to start no later than January 3, she said.

“We hope that with their more muscular recruiting, they will help cover this subgroup,” she said.

â€œI hope this will be a productive initiative for the district because I think using a service will reduce some of the workforce issues the district has struggled with,â€ she said.