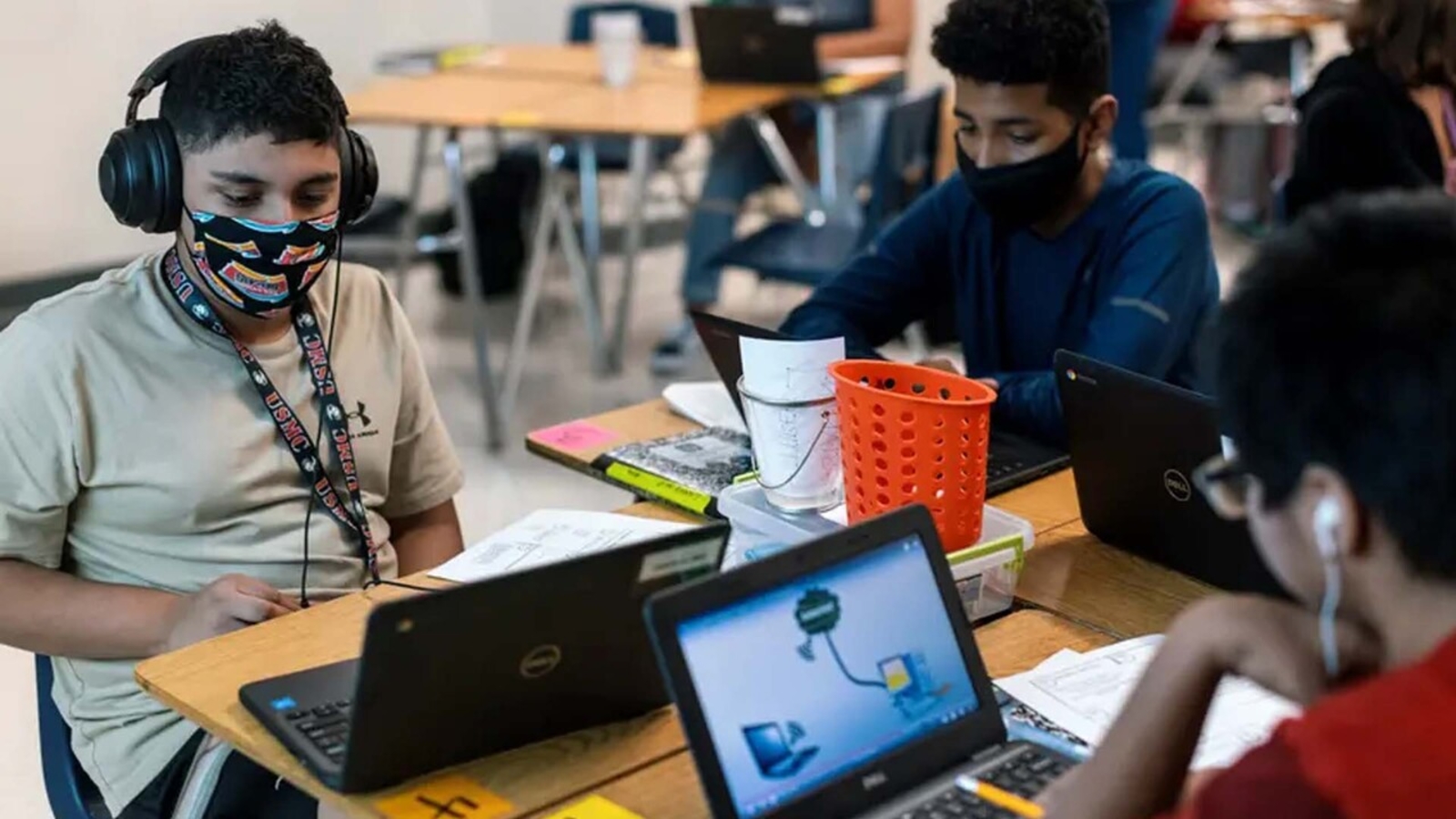 By Heather S. Gonzalez Last updated May 30, 2022
Share
For the first time since the start of the COVID-19 pandemic, public schools in Texas will be graded based on student results on the state of Texas assessments of academic readiness – more commonly known as the annual STAAR test.

It’s the last big step toward normalcy for the state’s 8,866 public schools — including 782 charter schools — since the pandemic forced schools to close in early 2020.

But this year’s ratings come with a few changes. For this year only, schools will receive an AC rating. Districts and schools that score D or F will instead receive an “Unrated” label. Schools in these lower tiers will also escape possible sanctions from the Texas Education Agency in the 2022-23 school year.

The news comes as thousands of students in grades 3 to 12 take the exam this spring. Last year, students had the option of taking the STAAR test and the results were not held against them or the district.

Ratings, the ratings affixed to school buildings across the state, are usually released by the Texas Education Agency in August. But when the coronavirus started emerging in the United States more than two years ago, schools were closed and as a result standardized school tests were canceled for the year.

This year’s new AC grade will allow districts that still have a D or F as of 2019 to have a chance at a higher grade.

Schools and districts are graded on three criteria: student achievement, student progress, and the extent to which the school is addressing its learning gaps. Student achievement and progress weighs the most, and STAAR results are how the agency measures progress. Students are tested on different subjects: reading, mathematics, science and social studies.

“STAAR results allow parents, teachers and schools to see how each student is doing so they can better help those students move forward,” said Frank Ward, a spokesperson for TEA. “There is ample evidence that the process of setting reasonable goals for schools and publicly reporting progress toward those goals improves the types of academic support our students receive.”

There are concerns that this year’s test results could again be affected due to pandemic-related school closures and teacher absences that occurred during outbreaks of infection caused by the delta and omicron variants of the coronavirus.

Matthew Gutierrez, superintendent of the Seguin Independent School District near San Antonio, believes that the STAAR will be useful in assessing students’ academic level, but letter grades should also have been postponed this school year due to ongoing disruptions from COVID-19. 19. . Seguin, along with other districts, had teachers and substitutes with COVID-19 during last winter’s omicron surge.

“We’ve had students who have gone days without the support of their certified teacher,” he said. “You’ve had situations where you’re combining classrooms and having really creative staff, so it’s not optimal for learning.”

Gutierrez is also concerned about the “Not Rated” label. He said if a district got an F in 2019 and then a D this school year, that district wouldn’t be credited for that progress.

Monty Exter, a lobbyist for the Association of Texas Professional Educators, said the accountability system associated with the STAAR test incentivizes schools to teach for the test instead of taking a holistic approach to teaching.

“Teaching people how to test is frankly a completely worthless skill,” Exter said.

Lawmakers and teachers’ unions have called on the state to scrap the exam again for this spring, citing that teachers and administrators are still feeling the effects of the pandemic and that STAAR would exert additional pressure during another tumultuous year.

“Administering STAAR tests is cumbersome and time-consuming,” Zeph Capo, president of the Texas American Federation of Teachers, said earlier this year in a written statement. “Parents and educators share their concerns about learning loss and the need to support our children after two years of disruption.”

The Texas Tribune is a nonprofit, nonpartisan media organization that educates — and engages with — Texans about public policy, politics, government, and statewide issues.