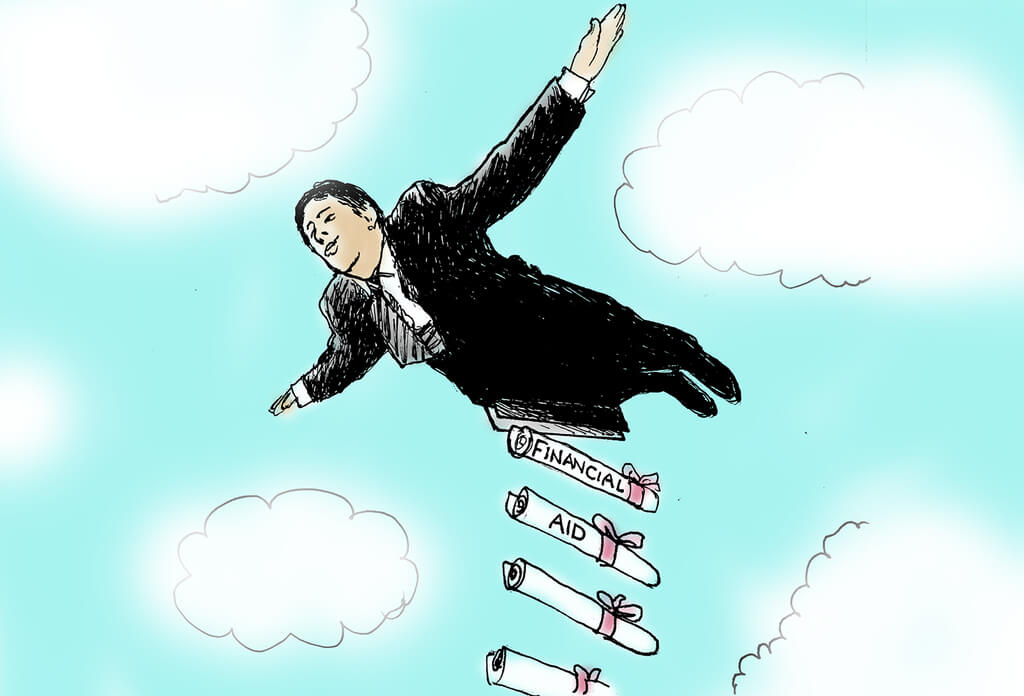 The Opinion BDN section operates independently and does not set newsroom policies or contribute writing or writing articles elsewhere in the newspaper or on bangordailynews.com.

Adam Weinberg is the president of Denison University. He graduated from Bowdoin College.

Two of the most persistent challenges facing the United States are the lack of meaningful jobs and growing income inequality. And these problems are only getting worse.

Of course, there are jobs out there, in fast food restaurants or distribution warehouses, desperate to hire someone – anyone. But what we really need are meaningful jobs that anchor people. This means positions that pay a living wage, offer benefits and stability, and improve skills so that people can eventually access even better jobs.

Without a college degree, it’s hard to get one of these great jobs. Those who entered the workforce immediately after high school had previously had an easier time finding stable, well-paid work. But opportunities, especially in manufacturing, disappear or are automated. According to US census data, workers with a bachelor’s degree earn about twice as much as those with a high school education.

We can’t begin to tame these intertwined issues until we start doing a better job of making college more affordable for low- and middle-income Americans. This means making sure that students can complete their college education with as little debt as possible. We could start by doubling the maximum annual amount of federal financial assistance available through Pell Grants from $ 6,500 to $ 13,000.

Schools also have a role to play in tackling the college affordability crisis. U.S. colleges with a strong admissions pipeline and large endowments must be committed to meeting the financial needs of every student they admit.

About 75 schools currently pledge to meet 100 percent of demonstrated student financial need. This list includes the Stanfords and Ivies of the world, as well as Denison University, the liberal arts college that I run in Granville, Ohio. But given that there are nearly 4,000 colleges across the country, there is a lot of room for improvement here. Schools that can make a difference should make a difference.

Most schools use a combination of federal grants and loans to meet a student’s demonstrated need. Colleges with resources should use their large and growing endowments to replace loans with grants that do not need to be repaid.

The hidden and not-so-hidden costs that arise once a student arrives should also be part of the conversation about financial aid. They can easily exceed $ 15,000 on most campuses and can include full meal plans, books and supplies, as well as health insurance.

Schools must move away from the ‘facilities arms race’ that has characterized the past decades and embrace an ‘arms race for financial aid’. A university should not be measured by the quality of its dormitories or the size of the sports facilities, but by the generosity of its financial aid.

It can happen. It is about schools taking a careful look at their current endowments and asking themselves: are we really using them in the ways that benefit students the most?

We also need to give families more transparency about the cost of attending a particular college. Many families avoid private colleges because the listed tuition fees are not affordable. But these colleges also provide the most financial aid, meaning the average family pays only 46% of the listed price, and low-income families often pay much less.

Additionally, most students begin to take an interest in college during their first year of high school but only know the true cost of attendance after admission, often in the spring of their senior year, when they have finished. may have already made up their minds where they are going.

There has to be some way for colleges to reveal their true cost earlier in the selection process so families can know which ones they can afford.

The private sector can also help make college education more accessible to more people. Many schools avoid financial arrangements such as revenue sharing agreements, in which a funder essentially agrees to fund a student in exchange for a reduction in the person’s future income. Higher education institutions should not reflexively reject such approaches. We should be open to working with entrepreneurs and innovators to develop non-traditional ways for students to afford a college education.

More articles from the BDN