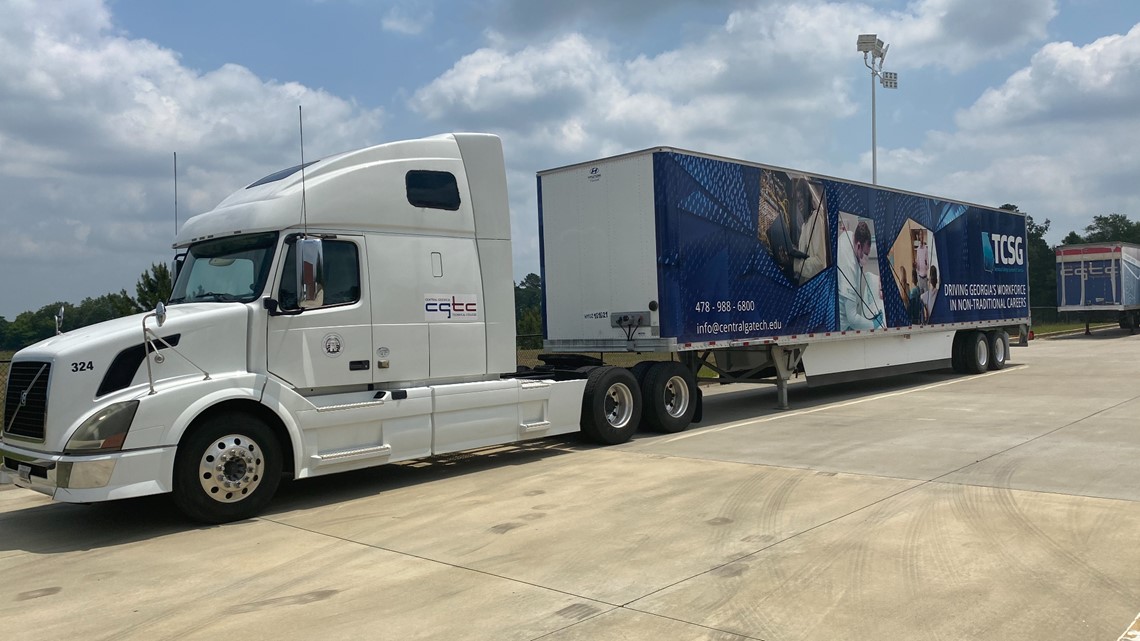 The Coca-Cola Company has partnered with the Technical College System of Georgia to donate $1 million to the foundation’s commercial truck driving program. Central Georgia received approximately $200,000 which will be used to hire more truck driving instructors.

“Last year we received over 3-400 applications and we can only accommodate 20-25 students per class,” said program chair Tim English.

Before becoming a trucker in 2013, English was in the Air Force. He came to CGTC to get his Commercial Driver’s License (CDL). After driving for about six years, he became an instructor. English says adding more instructors would help tremendously.

“When I graduated, my instructor told me one day that if I got tired of being on the road, I should try to come back and be an instructor, so that’s what I did. done,” English said.

According to the Georgia Department of Transportation, truckers move 430 million tons of freight across the state each year. The dean of aerospace, trade and industry, Michael Engel, says the addition of instructors will help with the shortage of truckers.

“This will fund three new full-time faculty positions for us. Each of these equates to approximately 28 more students per year than we can take on, so we are looking at increasing the number of licensees we offer per year. year of 78 students.

Other schools that received the grant included Southern Regional, Savannah, and Athens Technical College. A total of 22 technical colleges received a share of the million dollars. Coca-Cola and the foundation hope the addition of truck drivers in Georgia will alleviate the current shortage.

English says if you want to become a driver and get your CDL you need to have a good driving record and “your driving history is pretty much your resume”.