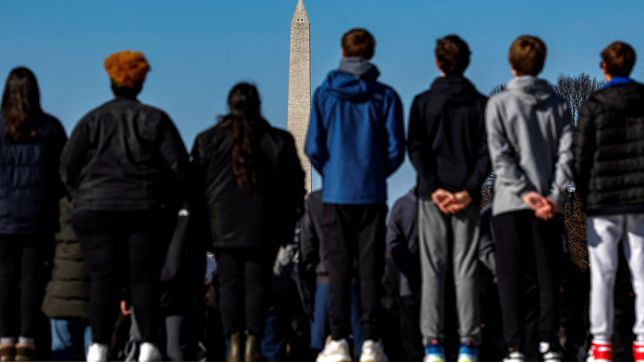 The student loan forgiveness proposal forwarded by President Biden offers up to $20,000 in debt relief to borrowers. Although this is usually the student who received the loan, parents who have taken out a Parent PLUS loan to pay for their child’s college education are also eligible for assistance.

About 3.7 million families are thought to have outstanding Parent PLUS loans, totaling about $104 billion according to the Century Foundation.

Parents with an outstanding Parent PLUS loan from the federal government and household incomes below $250,000 ($125,000 for a single parent) will be able to claim up to $10,000 in debt forgiveness. There is another $10,000 relief for parents whose child has received a Pell Grant.

When will student loan forgiveness be introduced?

However, at this time, neither parents nor students will be able to apply for student loan forgiveness after the White House temporarily closed the application process. It comes as a federal appeals court in St. Louis issued a temporary ban on the program after it claimed Biden exceeded his executive authority to approve the measure.

The White House is convinced that the program will come into action once the legal obstacles are removed. However, the delay will probably be longer than initially expected.

This week, the Department of Education began sending a letter to borrowers who have applied for student loan forgiveness.

CNBC reports that the letters, sent by Education Secretary Miguel A. Cardona, read: “We have reviewed your application and determined that you are eligible for loan relief under the plan.”

However, the memo goes on to say, “Unfortunately, a number of lawsuits have been filed challenging the program, that have blocked our ability to pay your debt at this time.”

This would be a major problem for borrowers as December 31 approaches, the last day of the student loan repayment moratorium. Unless another extension is agreed, payments will have to resume in January and interest will start accruing again on the outstanding balance.

Biden will be desperate for a resolution in the coming weeks to provide peace of mind for student borrowers.

How to know if you can