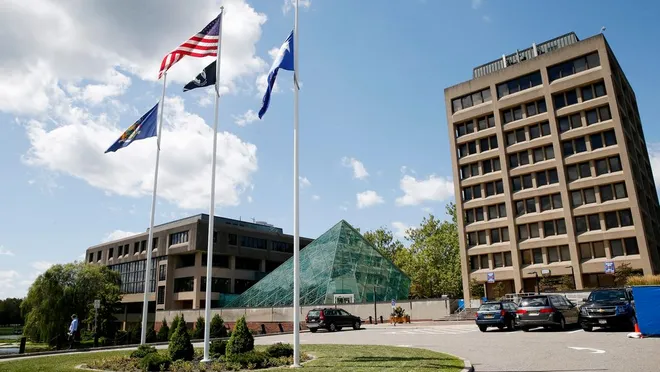 Administration and finance have asked all campus divisions to cut their budgets by 5% by June 30, the end of the fiscal year, due to an eight million dollar budget shortfall the college faces. While the Academic Affairs Division has received an extension to make the planned cuts, students and staff could face compounded effects from the budget cuts already in place.

Before the pandemic, campus revenues did not match costs. A budget deficit of five million dollars formed due to a drop in enrollment, as well as increased expenses and tuition fees which remained the same. As the pandemic drove enrollment down even further, the budget shortfall grew to $8 million.

In a November 2021 letter to the editor of the daily freeman; Stephen Pampinella, assistant professor of political science, pointed out: “Budget cuts have been a reality since the 2008 financial crisis, but this round is far more dire.

New York State has been steadily divesting from the SUNY system for decades. While the state funded 86% of SUNY’s total operating budget in the 1954-55 school year, this dropped to 27.8% in the 2019-20 school year. Although state funding for SUNY has declined, the cost of attendance has increased since 1963, the first year SUNY began charging students tuition. As a result, SUNY campuses are forced to turn to private sources of revenue and offset a shrinking budget with debt financing.

Former Gov. Andrew Cuomo was known for cutting state aid to the SUNY system. Beth Wilson, president and academic delegate of the SUNY New Paltz chapter of the higher education union, United University Professions, told the Oracle“There has been well over a decade of severe negative budget impacts from the state, which have reduced additional grants to the entire SUNY system and to CUNY as well. For SUNY and CUNY, it was Andrew Cuomo’s legacy.

Staff have been bearing the brunt of budget cuts for years. The result is that faculty vacancies are not filled and maximum class sizes are increased, forcing teachers to teach larger classes. There remains an increased workload for fewer staff members to manage and fewer people to perform the tasks that keep a department running smoothly, such as serving on campus committees and improving the curriculum. Students are harmed because these changes make it harder for them to get to the classes they need, and the large class sizes make it difficult for teachers to differentiate instruction to meet the needs of their students.

Wilson also shared that another way the administration is looking to cut costs is to cut as many ancillary positions as possible.

Adjunct teachers are temporary employees who teach on a contract basis, which often means precarious employment. Since the COVID-19 pandemic, the administration has issued semester contracts to auxiliary teachers. Qualifications to be a SUNY Adjunct Professor are usually a minimum of a master’s degree with a doctorate. prefer. SUNY New Paltz teaching assistants currently earn a base rate of approximately $3,400 for an entire semester and work without teaching assistants.

“These people have been cut a little, even though they keep saying they want to cut more. But honestly, if you’re only saving $3,400 for an entire course, I don’t know how that’s going to solve your budget hole,” Wilson said. “Solving the budget hole by removing accessories is like fishing through the couch cushions for quarters,” Wilson added.

Facilities staff, a department made up of electricians, custodians and others who handle campus maintenance, have been hit due to unfilled vacancies.

“I remember in the fall semester some people moved out and we had a couple of these giant old steel desks that weren’t used anymore, sitting in the middle of the main part of our history office at art,” Wilson said. . “We have a work order in place, which is the part of the facilities that sends people out with the right equipment to move heavy things like that. It was deep in the fall semester until these things actually went away.

“There is a lot of delay because they don’t have enough staff to keep up. They made a big fuss a while back asking everyone to empty their own trash cans or something. This is where we come to. This impacts many people on campus who have to do more work with fewer resources.

Rachel Somerstein, associate professor of journalism, wrote in another letter to the editor of the daily freeman“I honestly don’t know what’s left to prune. To save money, we were once told that we couldn’t use the campus printers. That’s how close things are already to the bone.

The pandemic has already exhausted college teaching staff. A survey by The Chronicle of Higher Education found that the majority of faculty face high levels of stress, anxiety and frustration, and more than half are planning to retire or leave higher education. . Before the pandemic, women and professors of color were already mentoring a higher level of students, and the burdens they face have only worsened with COVID-19. Women are submitting fewer journal articles during the pandemic as professors with children at home who need care have limited work time. Teachers of color are more likely to provide care for extended family members and suffer losses.

The SUNY New Paltz chapter of United University Professions (UUP), the nation’s largest higher education union, is advocating for the state to increase funding for SUNY. On December 2, 2021, they held a rally in front of the Humanities Building to raise awareness of the budget cuts and the importance of SUNY state funding. The UUP encouraged rally attendees to contact Governor Kathy Hochul and Assemblyman Kevin Cahill to express their support for increased state funding for SUNY.

“The campus looks forward to the conclusion of the state budget process to see what lies ahead for us,” said Michele Halstead, vice president of administration and finance.

Lilly Sabella is a student from Queens, NY. When she’s not writing, you can find her drinking bubble tea, strolling through a thrift store, or reading a good book. This is his first year on the Oracle. You can reach her by emailing [email protected]

Beware of the dangers of fictitious debt