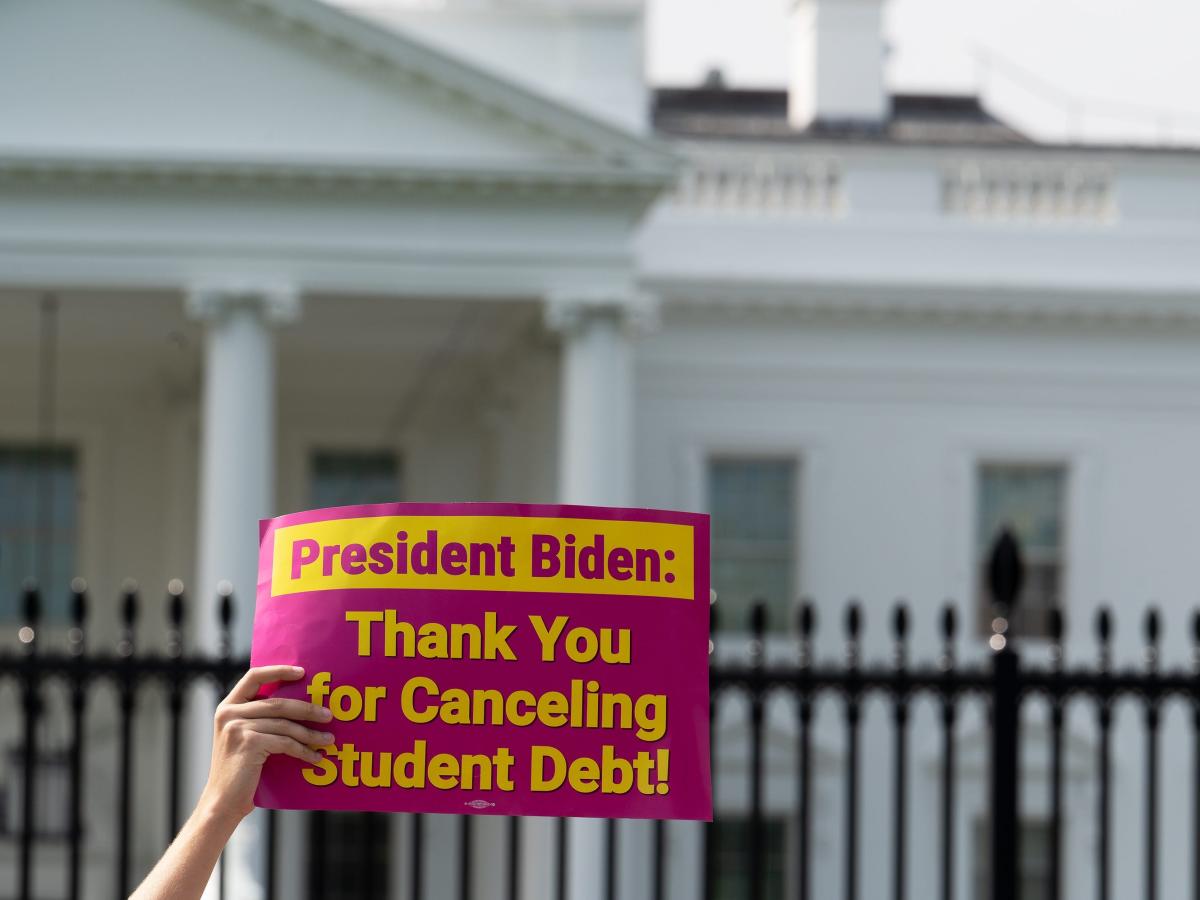 Biden’s student loan cancellation is in jeopardy. It may have helped stop a ‘red tsunami’ as Gen Z flocked to the polls to save their relief.

If President Joe Biden hadn’t signed into law a broad student loan forgiveness, Republicans might have gotten the election victories they were hoping for.

Gen Z may have helped.

Prior to the midterm elections, polls predicted massive GOP victories across the board, allowing them to regain significant control of the House and Senate. But as the results continue to pour in, it has become clear that the red wave has turned into a ripple, with control of both houses of Congress too close to call the day after the election.

Although it is difficult to determine exactly what may have caused this change, the opinions of young voters must be taken into consideration. According to Edison Research’s National Election Pool Exit Poll, 63% of voters ages 18-29 backed Democrats, and 89% of young blacks and 68% of young Latinos voted for a Democratic House candidate. . With the oldest Gen Zers turning 25 this year, this group includes the youngest Millennials and Zoomers of voting age.

“The role of young people in this election cannot be underestimated. Turnout in many of these races,” New York Rep. Alexandria Ocasio-Cortez wrote on Twitter.

“By 2024, millennial and Gen Z voters will outnumber baby boomer and older voters, 45/25,” she added. “We’re starting to see the political impacts of this generational shift.”

Major issues such as reproductive rights, climate change, and student loan forgiveness likely contributed to this turnout. John Della Volpe, director of polls at the Harvard Kennedy School Institute of Politics, wrote on Twitter that “if not for voters under 30…tonight would have been a red wave,” and he referenced Biden’s policies on climate and student debt that he says helped Democrats win votes.

Student loan forgiveness is currently on hold due to a ruling by the 8th Circuit Court of Appeals, in response to a lawsuit filed by six Republican-led states seeking to end debt relief . But Biden’s August announcement of up to $20,000 in relief for federal borrowers earning less than $125,000 a year was a long-awaited policy the president pledged to follow during the campaign trail. , and which has always been well received by young voters. A Morning Consult poll last year, for example, found that millennial voters are the most likely to support student debt cancellation among all Americans.

Biden has frequently touted the relief leading up to the midterm elections, and he has criticized Republicans trying to prevent debt cancellation from affecting the accounts of the 26 million borrowers who have already applied. But White House Chief of Staff Ron Klain said on Twitter that even amid these challenges, Biden addressing progressive priorities has helped motivate young voters now and could set a precedent for the future.

“The @POTUS delivered on its promises to young Americans (climate change action, student loans, marijuana reform, etc.), and they responded with energy and enthusiasm,” Klain said. wrote on Twitter.

“The youth agenda takes center stage in the Democratic Party”

Support for student loan forgiveness is higher among younger voters than the general public. A Wall Street Journal poll last week found that while 48% of the public supported Biden’s debt relief plan, 59% of voters ages 18 to 34 supported the plan, and exit polls from CNN revealed that about half of voters also supported the plan.

For months before the midterm elections, some Democratic lawmakers stressed the importance of the youth vote. Massachusetts Sen. Elizabeth Warren, for example, said in January — six months before Biden even announced broad debt forgiveness — that “the cancellation of student loan debt for more than 40 million Americans would persuade a lot of young people that this president is in the fight for them.”

Cristina Tzintzún Ramirez, president of NextGen America — a progressive group that mobilizes young voters — told Insider that in addition to social issues like abortion, “there are a lot of young people who have also been found to be really protecting gains. economic justice, issues like student debt relief and trying to keep extending and raising the minimum wage and protecting union rights.”

“The youth agenda takes center stage in the Democratic Party,” she said. “The red wave or the red tsunami that was going to happen didn’t materialize and that’s because the young people came.”