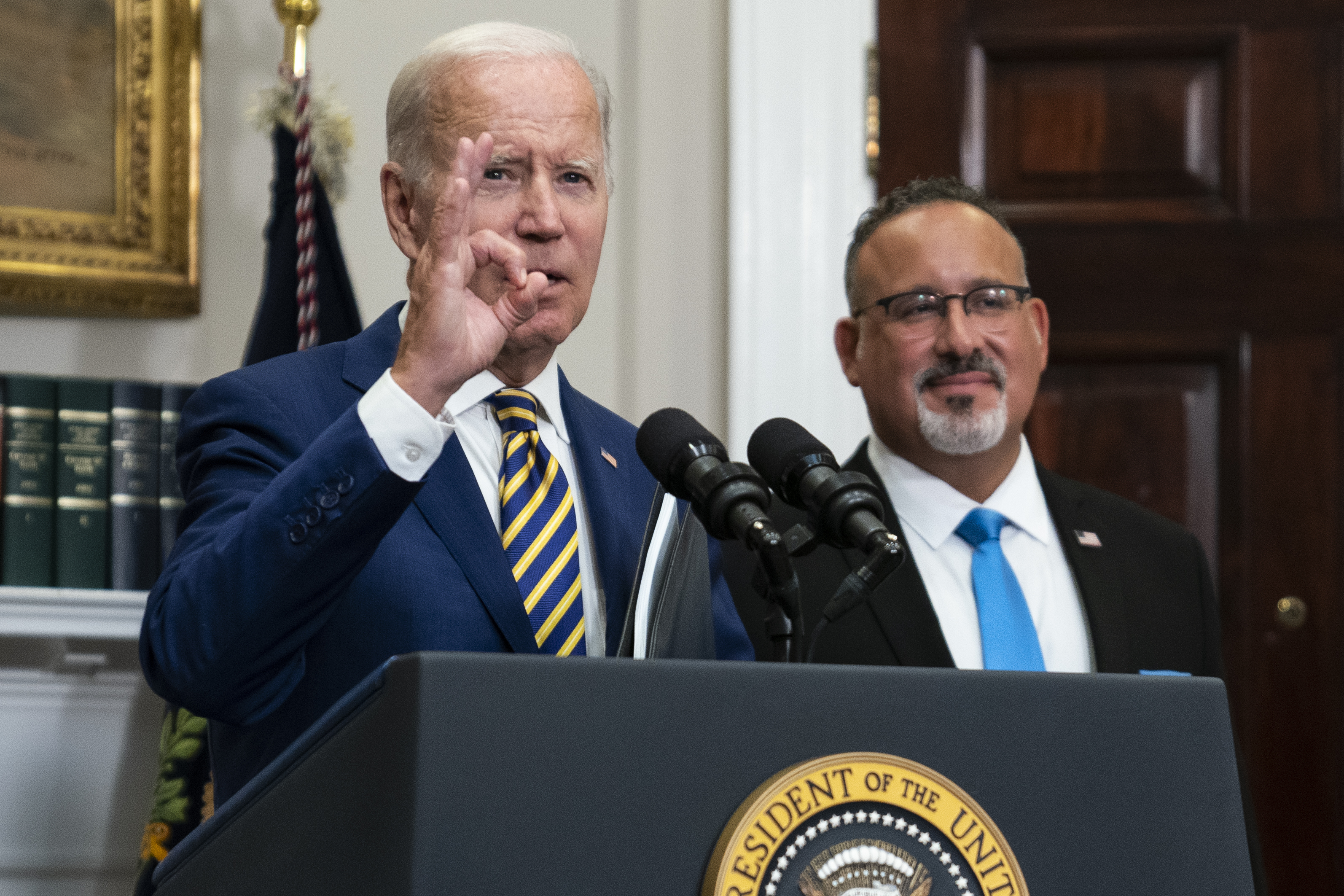 Indiana is one of several states that have indicated they plan to impose a state tax on the amount of loan forgiveness. Most other states and the federal government will not treat Biden’s loan forgiveness as taxable income.

Garrison argues that Biden’s debt relief would force him to pay state income tax he would otherwise avoid. He says he is working to get his federal student loans forgiven under a separate federal program — the Civil Service Loan Forgiveness Program — over the next few years. Any debt that Garrison ultimately wrote off under this program, according to the lawsuit, would not be treated as taxable income by Indiana tax authorities.

The lawsuit argues that the Biden administration does not have the authority to enact the sweeping debt relief package alone without congressional approval. He also argues that the 2003 law giving the US Department of Education the power to change the terms of federal student loans in the event of a national emergency is unconstitutional.

“Nothing about loan forgiveness is legal or proper,” the lawsuit states. “In a race against Congress, the administration is threatening to enact deep and transformational policy that will have untold economic impacts. The administration’s lawless action must end immediately.

The Pacific Legal Foundation is also asking a federal judge for a preliminary injunction and temporary restraining order terminating the program. He asked the judge to rule on this request before October 1.

White House press secretary Karine Jean-Pierre reacted to the lawsuit on Tuesday by accusing opponents of the administration’s student loan plan “of trying to stop it because they know it will bring much-needed relief…to working families.”

The Biden administration has argued that it has broad power to cancel student loans due to the declaration of a national emergency stemming from the Covid-19 pandemic. The administration has issued legal memos that say the Department of Education has the power to write off large amounts of debt to help borrowers respond to the effects of the pandemic.

But Garrison, the plaintiff in the lawsuit, is one of a subset of about 8 million student borrowers whose debts the Department of Education is set to automatically cancel without requiring an application.

The agency already has recent income information for these borrowers because they recently applied for federal student aid or, as Garrison did, provided their income to participate in an income-driven repayment plan.

The Ministry of Education had not previously indicated whether borrowers would be able to opt out of the plan. The lawsuit argues that an immediate order blocking the debt relief program is needed, in part because there is no way for millions of borrowers to avoid the Department of Education canceling their debts automatically.

But Jean-Pierre said on Tuesday that the administration plans to provide an option for borrowers to opt out of the relief. “Nobody who doesn’t want debt relief will have to get that debt relief,” she said. “So people have the option to opt out.”

Steve Simpson, senior attorney at the Pacific Legal Foundation, said in an interview that if Garrison is able to refuse to receive the $20,000 in debt relief — and thus avoid state tax from Indiana – this may complicate the legal challenge but not necessarily end it.

“If it’s definitely the case that he can retire, it’s pretty hard for us to pretend he’s more hurt,” Simpson said. But, he added, the group would likely ask the judge to still rule on the legality of the debt relief package on the grounds that the Biden administration would be free in the future to change its mind on the provision. of non-participation.

“If we’re talking about legislating through a combination of press releases, legal memo releases, White House comments, and then FAQ changes, the best I can tell you is that’s enough. fragile,” Simpson said. “I don’t think anyone can know what’s going to happen, especially if it can turn against them when legal action is taken.”

Conservative groups and Republican state attorneys general have sought plaintiffs to challenge the Biden administration’s student loan relief plan. One of the problems was finding people who would be directly harmed by the plan to serve as plaintiffs.