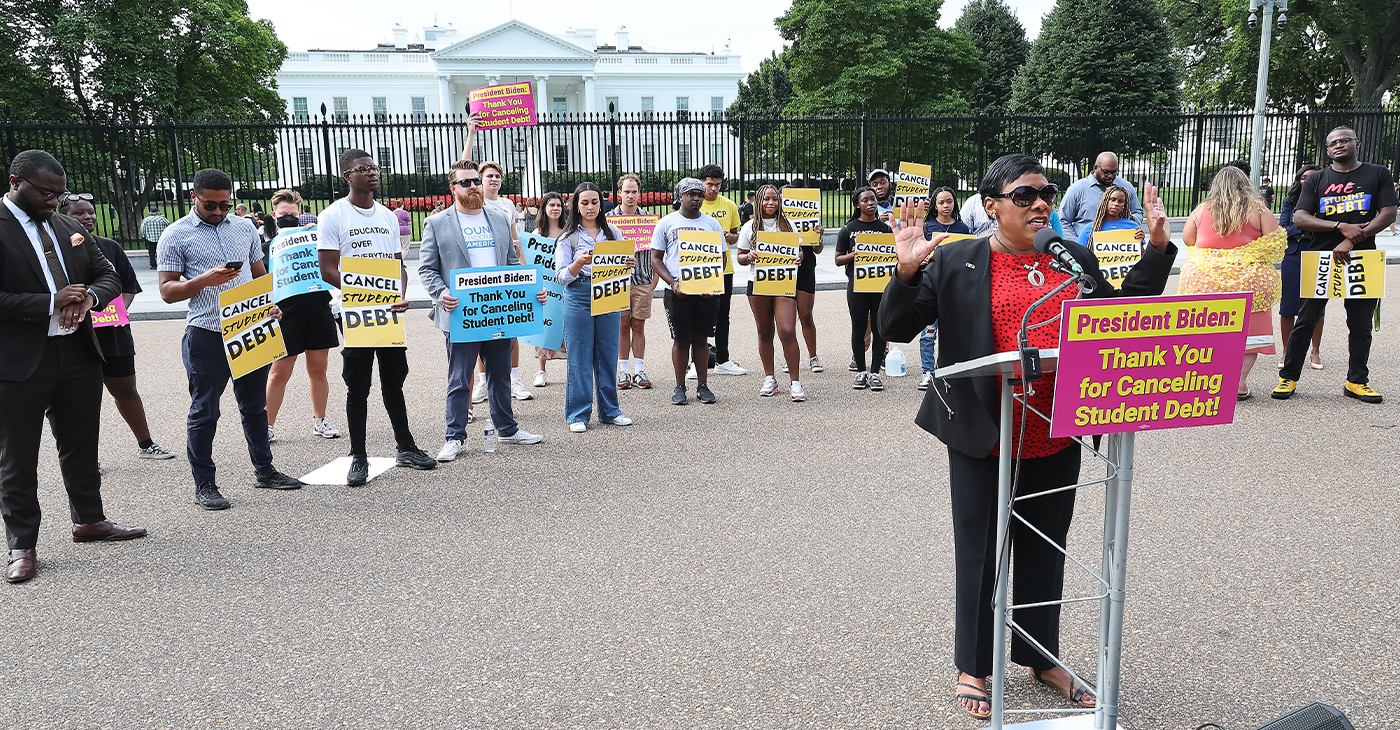 The recent announcement of President Joe Biden’s student debt cancellation drew a variety of reactions – some congratulations, some criticism, and still others who don’t seem to know what to make of this unprecedented multi-billion dollar effort. .

Predictably, longtime education and civil rights advocates spoke of the need for further reforms, while others questioned the impact of the cancellation on an already struggling economy. difficulty. Families struggling with rising costs of living and mounting student debt have just months to adjust household budgets before loan repayments resume in January.

The good news is that of the 43 million people affected by the executive action, 20 million borrowers will have all of their debt forgiven. Many of these borrowers took out student loans but dropped out of school, ended up with thousands in debt and lower incomes due to not having a degree.

An additional 27 million working-class people who received Pell Grants are assured debt relief of up to $20,000.

But these actions do not resolve the structural mismatch between the ever-increasing costs of university, the limited family financial means to contribute to this cost and the availability of financial aid other than interest-bearing loans.

“We’ve all heard of those schools that lure students in with a promise of big paychecks when they graduate only to see those students get ripped off and end up with mountains of debt,” President Biden said. August 24. “Well, last week the Department of Education fired a college accrediting body that allowed colleges like ITT and Corinthian to defraud borrowers… Our goal is to shine a light on the worst performers so that students can avoid these debt traps.

Now seems like the perfect time for the Department of Education to clean the house of all the bad actors in higher education – especially the expensive for-profit institutions that promise a lot but deliver little, and the accreditors that don’t. their work.

On August 30, following President Biden’s announcement, the Department of Education took action against another defunct for-profit organization: Westwood College. This trade school lured unsuspecting students into costly debt from January 1, 2002 until November 17, 2015, when it stopped enrolling new borrowers before it closed in 2016. The Department found widespread misrepresentation on the value of its credentials to the employment prospects of participants and graduates.

“Westwood College’s exploitation of students and abuse of federal financial aid places it in the same circle of infamy occupied by Corinthian Colleges and the ITT Technical Institute,” said Undersecretary James Kvaal . “Westwood operated on a culture of false promises, lies and manipulation in order to profit from student debt that plagued borrowers long after Westwood closed.”

Now, 79,000 Westwood borrowers will benefit from $1.5 billion in debt forgiveness, thanks to the Department.

Changes to the rules of the Public Service Loan Forgiveness Program (PSLF) will allow borrowers who would not otherwise be eligible to receive credit for past repayment periods. Interested borrowers and their families can get more information on the program’s information page, but must act by October 31. to renouncer.

But individual states must also do their part. Across the country, state revenues are teeming with surpluses.

“I don’t think there’s been a time in history when states are better equipped to ride out a potential recession,” said Timothy Vermeer, senior state tax policy analyst at the Tax Foundation, a Washington, DC-based think tank. “Most, if not all, bad weather funds are in a really healthy position.”

Additionally, and according to the 2021 edition of the annual State Higher Education Funding (SHEF) report, short-term funding of higher education at the state level is likely to lead to worse outcomes, and not better. The report tracks enrollment trends, funding levels and the distribution of public institutions.

Federal stimulus funding during the pandemic boosted public appropriations for education, but only 8.9% of state aid to public institutions in 2021 was spent on student financial aid, according to the SHEF. And without the federal stimulus funds, public appropriations for education would have fallen by 1% in 2021 if full-time enrollment had remained constant, according to the report.

“States vary in their allocations for higher education,” the report says. “Public institutions in some states remain primarily publicly funded, but a growing proportion have become primarily dependent on tuition fees and tuition revenue over the past two decades.”

The report notes that while federal stimulus and relief funds are helpful, they cannot replace long-term state investments because stimulus funds are time-bound and often limited in their use.

If we are to end the student debt trap, now is the time for citizens to challenge states to use their tax revenues to do more for their own constituents.

Charlene Crowell is a senior researcher at the Center for Responsible Lending. She can be reached at [email protected].