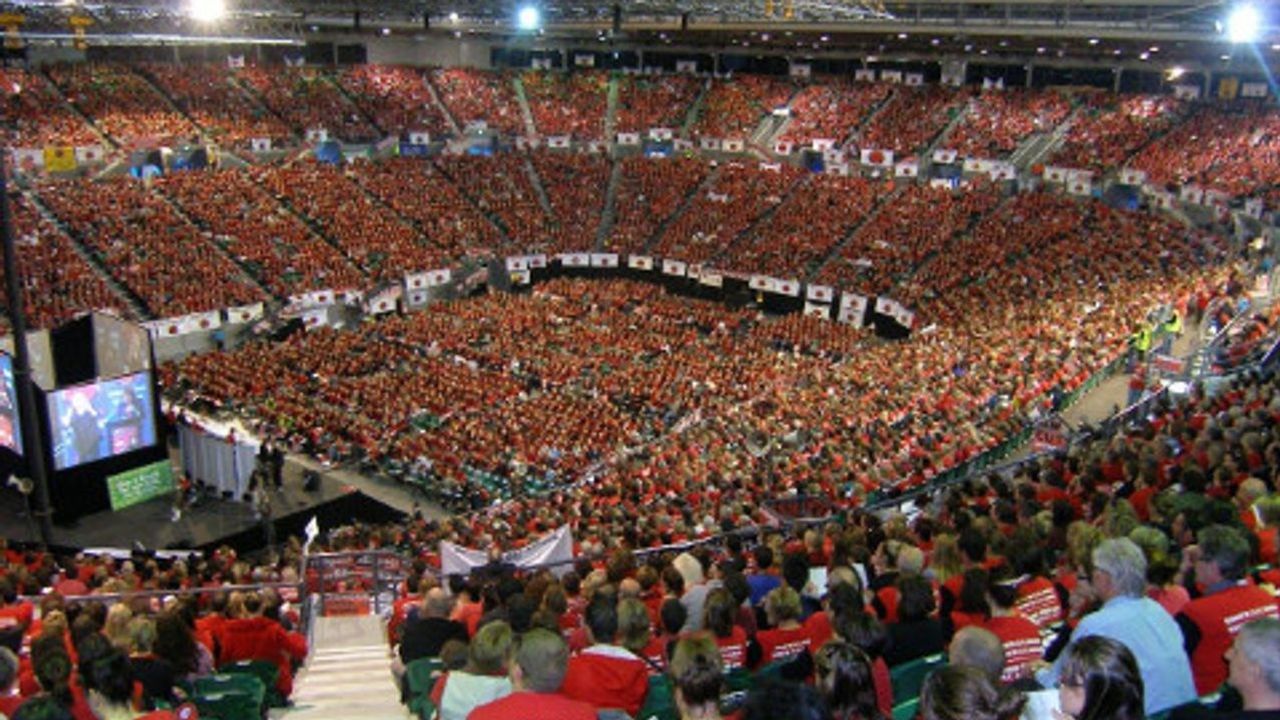 Like their international counterparts throughout the COVID-19 pandemic, teacher unions in Australia have worked with governments to open schools in unsafe conditions.

The Australian Education Union (AEU) is playing a vital role in Victoria, currently the worst affected state in the country, supporting the campaign to recklessly reopen the state’s Labor government. In conditions of reported daily infections approaching 2,000, schools were reopened last week with support from the AEU.

More than 50,000 grade 12 students returned to school last Tuesday to take the General Achievement Test (GAT) unnecessarily. The weekend before the test, around 8,000 students were tested and 33 were positive. The number of missed positive cases among the untested cohort of students remains unknown, but the day after the GAT, four students were reported to have tested positive, forcing the closure of at least eight high schools. This is just a taste of the massive infection of children that will follow the staged return to levels of other years between October 18 and November 5.

The union bureaucracy has sought over the past month to condition teachers to return to face-to-face teaching. In two of his September AEU newsletters, acting as a bulletin board, he simply conveyed state and departmental government announcements on the return of grade 12 students and teachers. On September 22, he issued a press release enthusiastically welcoming the news of the insufficient number of air purifiers to be supplied to schools.

The union’s position, maintained throughout the pandemic, is that it respects â€œpublic health adviceâ€. It is nothing more than a cover for its collaboration with the diktats of the state government.

The state’s Labor government, no less than its Liberal-national counterpart in New South Wales, is undermining and sidelining public health officials. This is part of the â€œreopeningâ€ campaign which is driven by the demands of big business and finance capital for a return to â€œnormalâ€ economic conditions, with the children of workers brought back to schools so that workplaces can. resume their pre-pandemic activities. , regardless of the health risks.

The AEU has not said anything about this reported health advisory. The union’s blanket endorsement of government statements is aimed at preventing teachers and school workers from developing an objective understanding of the science of coronaviruses and, on that basis, an independent and collectively determined position on the need to keep schools closed in the world. community transmission of coronaviruses. Only the Committee for Public Education (CFPE) fought for such a prospect.

In opposition to this, the union insists that COVID is an occupational health and safety (OHS) issue, which must be addressed by school union sections and local health and safety representatives, and even class by class. Teachers in each school are left to fend for themselves, with AEU washing their hands of all responsibility for the victims that follow.

At the same time, the union has sought to prevent discussions among teachers and silence teachers who speak out.

Teachers who attended recent union meetings in schools reported that AEU officials had rejected requests for publication of data on infections in schools, claiming overwhelmingly that it would be a “waste of union resources” in the framework of the ongoing negotiations with the government for a new industrial agreement.

On September 14, in a mass online meeting called to discuss union-government negotiations attended by nearly 500 educators, teachers were barred from speaking, the Zoom chat feature was turned off, and teachers were shut down. were limited to writing questions in a separate question box. This blatantly undemocratic procedure is becoming the union’s modus operandi, implemented in a previous mass town hall meeting online.

Despite attempts to bury the COVID problem at the September 14 meeting, security issues, as well as workload concerns, dominated, although the president insisted it was not. the â€œrightâ€ time to discuss the pandemic. Meredith Peace, the union’s state president, realizing COVID couldn’t be avoided, intervened saying she would answer questions at the end of her report. However, other than a few other general comments about the union following health advice and health orders, Peace did not respond to any specific questions.

At a regional meeting in Broadmeadows, a working-class suburb in northern Melbourne, which has one of the highest COVID infection rates, the union took the unprecedented and bureaucratic step of accusing member teachers of the CFPE of “disorderly conduct” and threatening to remove them from the meeting. The online meeting brought together 40 educators, mostly from the Broadmeadows area, but included participants from other Melbourne metropolitan areas.

The threats against teachers were made by the President following a question from Sue Phillips, elementary school teacher and member of the CFPE, to AEU Assistant Secretary of State Seir Holley, asking him what the position was of the union on the return to on-site learning when there is a transmission community. Phillips took issue with Holley’s response, who repeated the union’s mantra of following government health advice.

The president then announced that a resolution was to be discussed on COVID later in the meeting and that teachers should limit their comments at that time. Phillips then requested in the chat, as is normal procedure, that the announced resolution be posted so that teachers could have time to carefully consider it. The procedural proposal was ignored by the president, even though Phillips’ request was approved in the chat by other teachers. This led to a second charge of “disorderly conduct”.

When the resolution was finally presented for discussion, it proposed a series of minor mitigating measures for the union to negotiate with the government.

As the president tried to pass the resolution without calling in other speakers, a teacher at a Broadmeadows elementary school intervened. She expressed concern over the reopening of schools under conditions where she would be the only person in her vaccinated class, full of young children, who does not socially distance herself and could not be vaccinated.

â€œI work in one of the worst affected areas in Victoria, we have the highest infection rates, very low vaccination rates and a high proportion of underprivileged students,â€ she explained. â€œI was at the statewide meeting last night, and several questions were raised about COVID and they went largely unanswered from the union. I’m really worried about the way this meeting is going and that the people commenting on the chat are being muffled, comments completely shut down.

Another teacher said in the chat that he was “very shocked by the behavior” of the president, adding: “I have been a member of a union for 45 years and have only heard standing orders invoked at meetings of Flaming state “.

The undemocratic and bureaucratic measures reflect the determination of the trade union apparatus to impose the program to reopen the schools of the ruling elite. In Australia and abroad, teachers’ unions have worked to suppress opposition and open schools to the detriment of the lives of educators, students, parents and school communities. What has been shown is that lives can come before profit only through the independent action of teachers, forming grassroots safety committees made up of parents, students, educational staff and teachers. other sections of the working class to take the necessary, scientifically-based measures. Actions.

CFPE urges all educators and students to contact us to discuss these vital issues.

Receive updates and information on the fight against the dangerous reopening of schools.